An industry in need

In the wake of another successful year FMJ spoke to Andrew Mawson, the brains behind Workplace Week, who thinks that FM can go above and beyond to challenge lives (okay workspaces) in a way the traditional view of the industry would never suggest possible

Every year Children in Need sets out to improve the lives of an untold number of people up and down the land. In 2014 alone, Pudsy added £49 million to his piggy bank. We don’t know how large 2015’s haul will be yet, but whatever the final tally, over £30,000 will have been raised thanks to the efforts of Workplace Week.

Once upon a time in a galaxy far, far away, Andrew Mawson sat upon a couch. A clichéd beginning but justified given the fairy tale story Workplace Week can boast, and bolstered by the fact that it actually happens to be true.

About eight years ago Mawson watched Children in Need on television and said to himself “we should really do something about this.” Unlike the overwhelming majority of the millions making the same statement at the same time, Mawson was true to his word.

That seed blossomed into Workplace Week, which this year boasted 18 site visits with dozens of people attending the annual dinner at BT Tower on the 11th of November.

The benefits that come about as a result of this week are of course something to be proud of. But on top of that, Mawson, who has almost a quarter of a century of experience with Advanced Workplace Associates, knows just how much there is to learn about the workplace as a result of the tours and events he makes available.

“Workers should be seen more like cognitive athletes.” he says. “They need to perform to their very best and every effort needs to be made to facilitate this.”

This year Workplace Week arranged tours around buildings including the Guardian, CIMA and the Royal Bank of Scotland. “We need to open people’s eyes to different ways of designing and managing facilities – to expose people to alternatives during working hours. That means they can draw lessons from the reality. Plus it’s great fun.”

When a lot of FM professionals take lessons from cabinet ministers and Premier League Footballers in how to talk for thirty minutes without saying anything whatsoever, Mawson’s dodging of stereotypes and clichés is a breath of fresh air.

Mawson is adamant that the outsourcing trend gripping FM is a mistake, this wasn’t always his view, but the last five years have changed things. “FMs have become too obsessed with costs. The industry has lost sight of what the facilities teams are there to do. The focus is on the bottom line rather than morale or improving productivity, which actually come hand in hand.”

Of course it’s easy to sit back and poke holes in anything, but has Mawson’s experience with AWA and Workplace Week provided any insight? How does he suggest these problems be addressed? “There needs to be more understanding of what is actually possible.” he explains. “It is also essential that the sector recognise the role that science and education can play in transforming the culture of our workspaces. They are tools that are completely underutilised.

“We need to promote the value of evidence and ensure that FMs are educated about all the research that is relevant to their industry. The benefits could really be massive. There is information available around hydration, nutrition, caffeine, sleep and more. We need to design our offices around this information to maximise productivity and make better long term financial decisions.”

Mawson’s experience can’t be ignored; he is a founding director of AWA and well versed in the evolution of work and the workplace having worked with Merrill Lynch, RBS, Network Rail, Invesco, Unicef, Welcome Break and the Cabinet Office.

Just like Children in Need, Mawson hopes that Workplace Week will go from strength to strength. “Next year,” he says, “we hope we can engage all the institutions that have stake in the creation and management of the workplace including HR, Real Estate, FM and IT.” 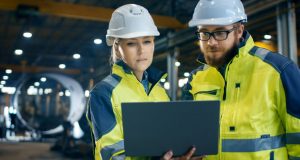 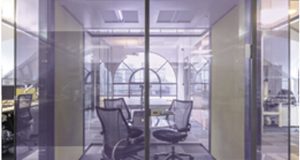 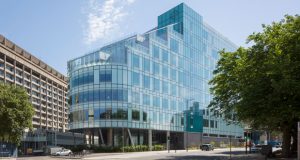