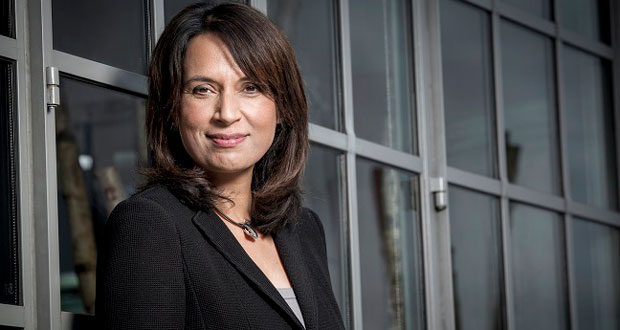 The professional body for HR and people development, the CIPD, has appointed British Business Executive and Politician Baroness Ruby McGregor-Smith as its new President.

Renowned for her distinguished career as a business leader, McGregor-Smith held the role of CEO at Mitie from 2007 – 2016, and is amongst the few women and first Asian woman to lead a FTSE 250 company.

She sits in the House of Lords and is Chair of both Mind Gym plc and the Institute of Apprenticeships and Technical Education. She is also President of the British Chamber of Commerce. Acknowledged as a top-50 female word business leader by the Financial Times, she was Chair of the government’s Women’s Business Council from 2012 to 2016.

In particular, she has been a champion of improving diversity and opportunity in organisations, and led the government review Race in the Workplace: The McGregor Smith review in 2017 and subsequent follow-up reports.

McGregor-Smith, who has close links with the CIPD, speaking at events and conferences, said of her new appointment: “I have long believed in the principles of responsible business, inclusion and equality, and greater transparency – all of which the CIPD seeks to promote in its purpose of championing better work and working lives. I’m delighted to be joining the CIPD as its President and look forward to working on these vital issues, as well as helping progress and advocating for the people profession.”

McGregor-Smith takes over the role from Professor Sir Cary Cooper CBE, who has served as CIPD president for six years.

FMJ & Advetec are on a mission to help FMs accelerate their NetZero plans – but it’s a process that must first start with lifting the blindfold, challenging the waste supply chain, being accountable and making great user of technology.

On the 26th January at 11am FMJ & Advetec are holding a webinar on how biotechnology can help FMs achieve their sustainability goals and reduce food waste.

FMJ Editor, Sara Bean, will be joined by:

Together they will discuss: