The Beam, Tombola House and the RB Science and Innovation Centre have been recognised among the best workplaces in the North of England at the annual British Council for Offices’ (BCO) regional awards.

This year, the prestigious event was held virtually as part of the BCO’s Festival Awards Week, which recognises the highest quality developments in the UK and sets the standard for excellence in the regional and national office sector.

The BCO judges praised Tombola House for its balance of corporate culture and social responsibility, with the business’ commitment to wellness and the local community embedded throughout its design. The building is the European HQ for Europe’s largest gaming company by the same name, and marks the first phase of a wider campus development. The public has also been encouraged to make use of the campus space, and judges were impressed by its ‘socially enriching’ environment – which includes a social hub, a café/restaurant, a gym, and more. 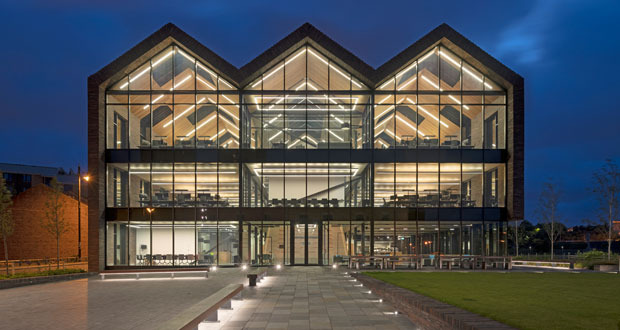 The Beam, situated in Sunderland city centre, acts as the centrepiece of the wider Vaux regeneration scheme and is designed around five central themes: ‘A Healthy Office’; ‘A Sustainable Workplace’; ‘An Appealing Workplace’; ‘A Lean Building’; ‘A Contextual Response’. The judges agreed that the finished product delivered against each ambition and felt the building itself is an emblem of the renaissance of Sunderland. It was lauded as a ‘brave and impactful project that has reset expectations and aspirations for the city’. 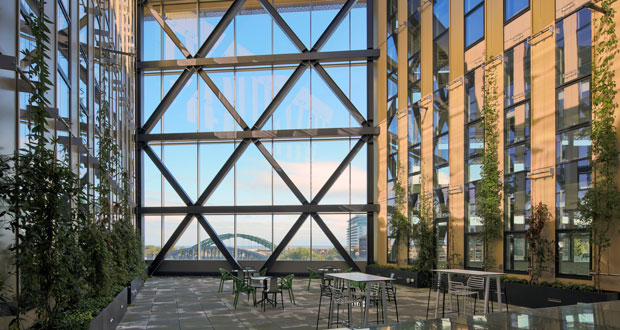 In Hull, the £105m RB Science and Innovation Centre scooped the award for Best refurbished/recycled workplace,with the judges deeming its fusion of old and new a resounding success. It is RB’s largest facility and was a significant investment for the multinational healthcare provider – an investment which, the BCO judging panel felt, has seen new life breathed into some of their older buildings, matched with an entirely new facility. The development has reinvigorated how employees and the local community interact with the space. 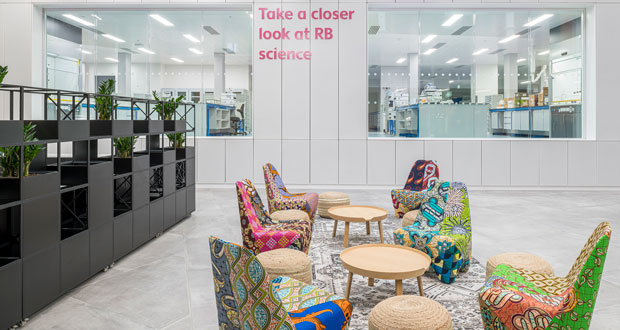 Phil Doyle, Chair of the BCO Northern Committee and director at 5plus Architects,commented: “The North of England has some of the most creative and progressive office spaces in the world, and it’s always brilliant to see them placed on a national stage each year with the BCO awards. Competition was fierce this time around, and the ambition and the vision of the teams behind each winning workplace is readily apparent. Despite challenges presented by the pandemic, we’re still seeing the industry produce some exceptional examples of workplace design, so we look forward in earnest to the 2021 awards.”

Ian Aldous, Director at Arcadis and Chair of BCO Northern judging panel, added: “As ever, our entrants demonstrated approaches which mirrored the forward-thinking, occupier-first attitudes that employees now actively seek out from their workplaces. It is clear from this year’s awards that sustainability and employee wellness are not to be treated as ‘trends’, and will very much become par for the course within the future of office design. This continued emphasis on wellbeing and health is greatly pleasing to the panel.”

Additional workplaces to take home the top prizes for the North of England include:

Northern winners will compete with those from other regions at the BCO Virtual National Awards  on Tuesday 26 January 2021.

The BCO Awards will continue next year in 2021, with entries opening on Wednesday 7 October and closing Friday 27 November 2020.

To see the winners of the London region click here.

For more information on the awards and applications, visit the BCO website. 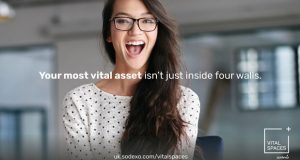 Sodexo introduces a new approach for a people-centred workplace 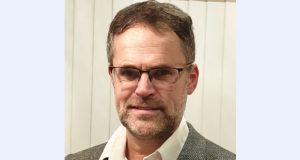