When UBS consolidated its UK headquarters at 5 Broadgate, more than 7,000 staff were moved. We find out how they did it

Weekend working is a well-known side effect of being in facilities management, but even the most hard-working facilities professional would balk at working for 13 consecutive weekends. But that’s exactly what the FM team at global financial services giant UBS, together with its relocation partner Harrow Green, did in the largest relocation project in the capital in recent times.

As part of a major business change programme, UBS decided to decommission four office locations in London, including 100 Liverpool Street, 1 Finsbury Avenue and 21 Lombard Street, and move over 7,500 staff into a new London HQ at 5 Broadgate, near Liverpool Street station. The scale, risk and complexity of the project were unprecedented.

The 13-storey ‘groundscraper’ is visually innovative and represents a powerful vote of confidence in the City. The bold design from Make Architects – it is one of the largest stainless steel-clad buildings in the world – came from the idea of a perfectly cast engine of finance. Extending the metaphor, the windows, courtyards and terraces are carved out of the beautifully machined block, helping to make 5 Broadgate one of the world’s greenest buildings, with 65 per cent lower carbon emissions than the previous two buildings on the site.

The 700,000 sq ft facility, which is occupied entirely by UBS, includes four large trading floors that can accommodate up to 3,000 desks, plus seven levels of offices. The new HQ houses up to 6,000 people, allowing the firm to consolidate all its London offices in one site for the first time. Agile working means the building can service all 7,500-plus staff.

A TARGETED APPROACH
UBS had several impact standards for the 5 Broadgate project to take into account during the move. Energy performance, waste and social responsibility were important, based on such measures as the donation of legacy equipment to charities. Efficiency and sustainability had to be demonstrated by, for example, the secure recycling of assets and zero waste.

Workspace had to be utilised effectively, particularly in specialist areas such as the trading floors.

Close collaboration between Harrow Green and UBS was required, and the project aimed for high levels of employee satisfaction resulting from the secure move of employees’ belongings. Workspaces had to be set up to enable working within 15 minutes of arrival in the new building. Finally, service disruption had to be minimised during the move to ensure client satisfaction.

Move programmes are a deeply personal experience for the people involved, so employee experience was a key success criterion of the overall change programme. Harrow Green was one of the primary partner enablers for UBS in achieving its target for every employee to be working at their desk within 15 minutes on their first day in the new building. “By each Monday morning, everything had to be functioning perfectly, from the mission-critical trading floors to the wealth and asset management businesses’ office space,” explains Harrow Green Project Manager Helene Edgar, who is permanently based within UBS and an integral part of its property team.

Led by Edgar, Harrow Green provided two full-time onsite project managers for 18 months in advance of the project to help plan and prepare for the relocation. The team had strict deadlines to meet, as the lease exit dates on the four buildings were fixed.

Another key impact standard for the move was space utilisation and effectiveness of the workplace. This was particularly important for specialist areas within the business, such as its trading floors, requiring specialist equipment and desk configurations. Moving these departments involved a complex multiteam process. This was further complicated by the requirement for key existing workstations and equipment to stay in situ for five days post-move in case of a ‘roll-back’. However, the success of the initial moves allowed UBS to reduce this constraint to three days.

Working closely with UBS, Harrow Green created a dedicated move pack for each member of staff that ensured all staff were prepared for the move, understood the support network available and knew what was expected of them.

To further facilitate a smooth transition and boost employee engagement, ‘move champions’ were identified within each business or department. The champions became a central point of coordination for those departments. Regular open forums were held throughout the project to answer questions and address concerns, supporting people through the change management programme and reducing the filing and archiving strain. The move champions personally delivered employee moving packs to help create a stronger, more trusting relationship. 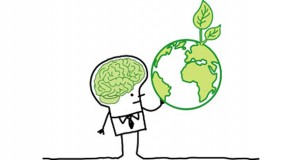