‘Disaster’, namely flooding, is high on the agenda for many businesses as we enter 2016. The Christmas period spelled devastating levels of rain, leaving much of the Northern part of the UK under water. Mark Calvert, MD for flood response experts, Adler & Allan, looks at what businesses can do to limit the effect of flooding and other disasters, such as polluting spills and power cuts

Flooding has become part of the UK winter, with the end of 2015 and beginning of 2016 proving extremely difficult for homes and businesses in the North of England and Scotland. The rain just kept falling, rivers burst their banks and flood defences failed.

Reports by the Environment Agency in December, described the weather and its associated effects as moving from ‘known extremes’ to ‘unknown extremes’, a situation that requires a complete rethink in terms of flood defences and resilience, such as improved warning systems and better building design.

For facilities managers whose buildings have been affected by flooding, making sure they are protected, with proper plans in place should disaster strike, will help minimise damage and prevent lengthy periods of downtime. Proper disaster planning can be applied to a range of situations – power cuts, polluting spills, fires – and should be part of any businesses Health & Safety policy, not just those that have known risks (such as businesses that transport or store hazardous substances, for example).

When it comes to flooding, unfortunately, the situation is likely to only get worse, so even if this has not caused an issue for an organisation now, it doesn’t mean it won’t in the future. Assessment of potential risk, whatever that may be, is the first step to disaster planning. Flood Risk Assessments can determine a sites risk now and up to 60 years in the future, helping businesses implement precautionary measures if it looks likely that flooding might become a problem, even if it isn’t one presently.

For other common ‘disasters’, such as power outages (usually also associated with flooding), making sure there are back-up fuel supplies for data centre generators, for example, will mean operations keep running, even if critical energy supplies fail.

Once the risk has been assessed, plans to deal with that risk can be implemented. This could be as simple as moving essential equipment to a safe place in the event of a flood, to more permanent flood defences. A person or team should be put in charge of disaster protocol to ensure the correct steps are followed.

Previous: Tips and tricks for engaging an audience
Next: Inside the mind 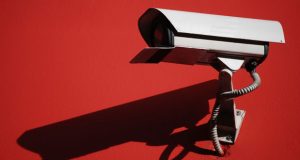 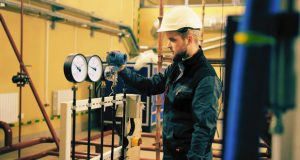