Gull attacks have featured prominently in the news in recent weeks and months with damage to the economy, business premises and risk to the general public becoming a national problem. Last year David Cameron called for a “big conversation” about gulls, however research funding was subsequently cut by the (then) Chancellor of the Exchequer. One of the country’s leading experts on gull control is warning that incidences will only increase unless consolidated action is taken by local authorities and businesses at a regional level.

John Dickson, managing director and founder of NBC Environment, says: “Every year we read horror stories about gulls in the press and all-too-often in the same locations. In terms of solving the issue it would seem that we’re reached a stalemate. Businesses expect the public sector to deal with the problem but are unwilling to take on any responsibility of their own. Equally, without the support of national Government, I’ve heard some local councils are reluctant to allocate budget to gull management, claiming nothing can be done.

“Unfortunately there seems to be an attitude that these are isolated incidents. They are not: the risks grow each year in direct relation to the size of the colony. Gulls can return to the same site each year with their offspring in tow, so it becomes an incremental issue.”

The problem of urban gulls is becoming particularly acute in parts of the country where populations have adapted to scavenge from business premises, landfill sites and waste bins. This brings them into direct contact, and conflict, with people. A nesting site in close proximity to humans brings with it numerous hazards, which can potentially leave business owners and other publicly liable organisations open to litigation.

All UK birds are protected by the Wildlife and Countryside Act 1981, making it illegal to kill or injure a bird, or to move or destroy an active nest. Whilst gulls are increasingly being acknowledged as ‘pests’, even the familiar Herring Gull has amber protected status. This is despite the fact the gull population is growing inland and rooftop nesting has quadrupled over the past 15 years.

Whilst measures to deal with problem birds become more limited once gulls have established a territory and laid eggs, Dickson is urging organisations to take preventative steps during the autumn months to mitigate gull issues for next year. By September the pain of nuisance gulls is starting to ebb as the birds migrate, but it is the ideal time to make plans to prevent the same problem occurring next year.

Dickson explains: “It’s possible to discourage gulls from nesting or returning to their habitual nesting spots by modifying their patterns of behaviour. If a regular nesting area can be made less attractive, inaccessible or appear more risky for a gull, they will be less likely to select it.

“However, we do need to remember gull management isn’t the sole preserve of local authorities. If you are responsible for an area where gulls are nesting, then the buck stops with you. Any business or organisation can be sued if an employee or a member of the public suffers any ill health that can be traced back to gulls on your premises.”

NBC Environment is offering organisations a free gull consultation; providing advice on how to take action to reduce the gulls’ negative impact on towns, cities, businesses and people.

Previous: Weber’s award-winning products with low dust technology are the first choice of professional tile fixers
Next: Exploring the future of CAFM 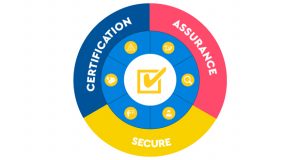 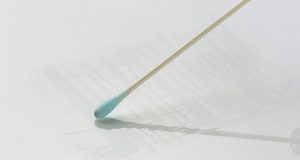 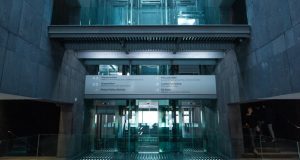