What do you think is the worst thing that can happen if you don’t have suitable emergency lighting in your workplace? Assuming that there isn’t a fire or other disaster of course. A slap on the wrists? An order to make sure that things change soon? Think again. FMJ explains why emergency lighting is a much more serious issue than you might think

Whopping fines and even prison sentences are handed out on a regular basis to people who don’t comply with fire safety regulations, of which emergency lighting is a massive part.

In the past year alone a hotel owner in Lancashire was given an 18 month jail sentence and ordered to pay over £5,000 in costs as he hadn’t provided a suitable lighting system.

A firm of Estate Agents on the South Coast had to cough up £40,000 for the same offence and a leaseholder of a pub was handed a six month sentence (suspended for two years). I could go on. And on.

Alan Daniels, technical director of P4 Limited, claims he is “often appalled by a lack of knowledge of, and sometimes the total disregard of legislation relating to emergency lighting, resulting in a continuing risk to life and the possibility of prosecution of those responsible.”

The installation of proper evacuation systems is, unsurprisingly, compulsory in the UK. There are, again, unsurprisingly plenty of premises where the lighting aspect of the system is ignored, overlooked or forgotten about. Even where it is installed Daniels reports that testing is all too often not carried out or only takes place “occasionally.”

For those readers suffering from horrific insomnia then the actual legislation found in British Standard is BS5266 Part 1: “Code of Practice for the emergency escape lighting of premises.”

These examples may seem extreme, and the punishments disproportionate, but when you picture the scene, it makes more sense. Would you want to try and grope your way out of a building in total darkness, no exits illuminated… maybe with a fire blazing all around you.

The solution to this is emergency lighting, no surprise, any FM even vaguely competent will recognise the importance of these systems.

Yet Daniels remains concerned. “Despite the ready availability of information on all these systems, and the added incentive of specific legislation covering their correct specification and application, in some premises, emergency lighting is still completely disregarded and, even if it is installed, routine testing to ensure its correct operation is carried out only on an occasional basis.”

It’s not just the threat of a fine or even a prison sentence. The damage to your reputation would be irreparable, and guilt crushing if someone were to die in an emergency.

LEDs
Technology is developing and evolving at an ever increasing rate and lighting is no exception. The arrival of LEDs as a viable light source has also led to dramatic improvements in the design of the fittings for emergency lighting systems. The bulkhead lights once synonymous with emergency exits are now seen as ridiculously out of date by those in the know. Apparently.

The LED boom has also coincided with the birth of sustainability and energy saving trends. LED emergency luminaires have the advantage of requiring less power than fluorescent equivalents, not least because the batteries operating the LEDs can also be smaller, and require less power to charge them. This represents a significant reduction in energy consumption over the life of an installation. Furthermore, LEDs are generally more robust than fluorescent lamps, have a long life, and are little affected by extremely low temperatures.

Apparently these new designs are more aesthetically pleasing. I’m pretty sure I could find an academic somewhere who could prove how nicer looking exit lights is essential in letting people work to their full potential.

“There are new ranges of wall and ceiling- mounted LED sign luminaires that offer an attractive alternative to the traditional ‘box’ exit signs.” Daniels says, “Available in a choice of colours to blend into all interiors, these signs can be admired for their design flair, as well as improved illumination of the sign directing a building’s users to an exit location in the event of an emergency.”

Of course batteries are of huge importance, emergency lights obviously can’t be powered by mains electricity. The most commonly used battery type is still nickel cadmium, with the nickel metal hydride type also widely used. In an environment detrimental to a long service life. An EL system can also be operated through a central battery system, where there are requirements to use fire- protected cabling to link the luminaires to the central battery/charger unit.

Previous: Listless Work
Next: When your helpdesk needs help 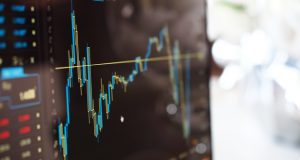 Sodexo Q3 revenues down almost a third due to Covid-19 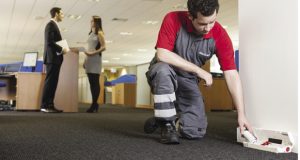 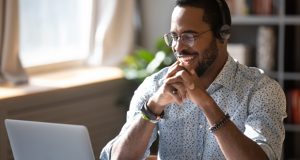 One day to go until the FSI and FMJ webinar: Meeting the new building reality