The Interserve Board has rejected the proposal received on Monday (4 March) from its largest shareholder, Coltrane Asset Management, who are opposed to the Company’s deleveraging plan, following a review with its advisors.

The Coltrane Proposal requires the consent of the lenders, bonding providers and Pension Trustee to be capable of implementation. The Board stated it had asked Coltrane for its “consent” to share the Coltrane Proposal with these parties and their advisors, however, this request had been “refused”. Interserve argued, the ability to obtain lender support for a materially different deal requiring lenders to take significantly larger write offs, or provide ongoing support, in the short time frame available is therefore unknown.

The Coltrane Proposal requires that the Board immediately halt the implementation of the Deleveraging Plan that was launched on 27 February and that is subject to shareholder approval on 15 March 2019.

In light of the Company’s short-term liquidity requirements and given that Interserve’s Deleveraging Plan is currently the only fully funded proposal which has the agreement of lenders, bonding providers and Pension Trustee, the Interserve Board has said it is “unable to consent to this request without risking the future of Interserve together with its employees, pensioners, customers and suppliers”.

The Board also stated that Coltrane’s Proposal is “non-binding and unfunded and remains subject to due diligence”. Adding, there is therefore “no certainty that Coltrane’s proposal could be successfully implemented”.

The Board will be providing more detailed feedback to Coltrane on its proposal and has confirmed it “remains open” to considering any proposal which provides liquidity and a deleveraging solution that is capable of implementation in the time frame available.

At this stage, the Board continues to recommend that shareholders vote in favour of the Deleveraging Plan, which is states is “currently the only plan that is capable of implementation in order to provide sufficient liquidity, cash and bonding facilities to allow the Group to service short term obligations and secure a stable platform for the business”.

Glyn Barker, Chairman of Interserve, said: “This is a critical time for Interserve. The proposed Deleveraging Plan, recommended by the Board, is the result of a long period of intensive negotiation to align stakeholders behind a plan to strengthen the balance sheet and secure a strong future for the business. It is the only plan today that provides a certain future for Interserve, preserving some value for shareholders while securing jobs, pensions, and continuity of services.  In the absence of any other plan that is capable of implementation, further uncertainty continues to risk an outcome in which there is no return to shareholders, including Coltrane, and considerable disruption to the business. 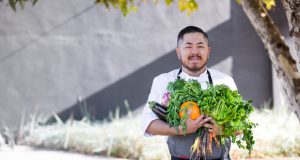 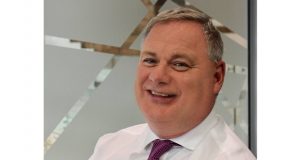