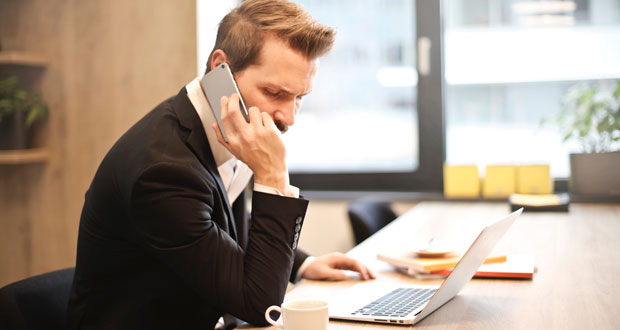 Is it time to ditch the work phone? Second handsets produce 776k tons of CO2e per year

UK businesses could reduce their carbon footprint by over 776,000 tons per year, by making one simple change to their comms policy, finds new research carried out by YourBusinessNumber.

It’s estimated that 38 per cent of UK workers are provided with a second mobile handset in addition to their own personal mobile phone. This places the UK just below the global benchmark of 39 per cent.

With 29.6 million of us currently in employment across the nation, this equates to almost 11.3 million of us who are carrying an additional handset for work purposes.

But what does this mean for the environment?

According to YourBusinessNumber, the average user is thought to produce 69kg of carbon dioxide equivalent (CO2e) per year through just over three hours (195 minutes) of mobile phone usage per day. For those of us who are stuck to our phones for as much as 10 hours per day, this climbs to 86kg of CO2e per year.

Based on the average daily use of just over three hours, this means that the 11.248 million of us using an additional mobile handset for work are producing 776,112 tons of CO2e per year.

The average cost of a business mobile subscription for just one handset is a notable £533 per year. This means that UK businesses are forking out just shy of £6 billion per year to provide their employees with a second handset.

George Lineker, Co-founder of YourBusinessNumber, commented: “The dilemma of a second handset is a tricky one for the nation’s business to tackle. On the one hand, clear separation between our personal and professional lives is essential in ensuring self care and avoiding burn out.

“There’s also the issues surrounding GDPR compliance when communicating via personal handsets, as well as the complications that may arise when an employee leaves, taking a wealth of contacts and internal business information within them.

“On the other hand, there is a rather monumental cost involved and with more companies also putting a greater emphasis on how they impact the environment, the provision of a second handset and the negative impact this has is a step in the wrong direction in this respect.

“However, the evolution of technology can help bridge the gap, allowing businesses to reduce their carbon footprint and their comms spend, without compromising their employees’ welfare, or their internal or third party information.

“Today there are a wealth of platforms that can provide a legitimate method of corporate communication without the need of a second handset.

“This can come in the form of an external resource to help manage inbound call enquiries or a smartphone app that allows an ongoing, more personal level of communication, with the ability to switch off when the working day is done.”