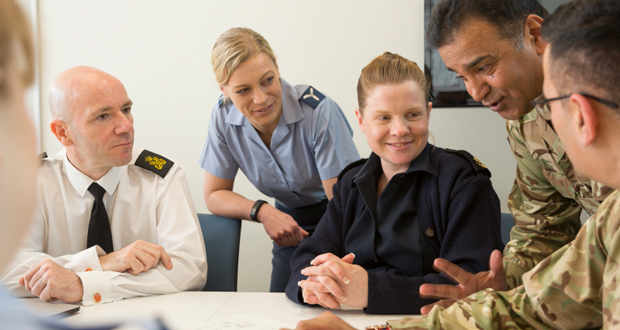 ISS has announced the renewal of its Corporate Covenant Defence Employer Recognition Scheme (ERS), which has been validated for a further five years as a Gold award holder.

The Employer Recognition Scheme (ERS) acknowledges employers who have provided exceptional support to the armed forces community and defence by going above and beyond their covenant pledges. This allows the Ministry of Defence to publicly thank and honour those organisations for their support.

ISS has long supported the military, gaining initial recognition in 2015. Further progress was made in November 2017 when ISS launched the Jointforces@ISS programme.

The aim of the programme is to support veterans, service leavers and their spouses into meaningful employment. We have supported over 300 individuals, assisting them with career advice, Internships and other areas where needed to develop their skills and careers.

Purvin Patel, CEO, ISS UK and Ireland stated: “Our continued support of the ERS programme forms a core part of our CR ThinkForward@ISS strategy where people empowerment and recruiting from a broad talent pool contribute to the three key pillars of our approach. The diversity, experience and transferable skills of our people in the armed forces allows us to better understand and assist our clients. This ultimately drives our determination to connect people and places and deliver their best for their stakeholders.”

Stephanie Hamilton, Director of People and Culture UK and Ireland – ISS UK commented: “It is our honour and privilege to obtain the Gold Employer Recognition status for a further five years. Our organisation is better for having the great skills the Defence Community bring to it. On a personal level, I recognise the value military personnel and their families contribute to our Country and our business. We are committed to our Jointforces@ISS programme, ensuring we create policies and processes that can support as many people as possible in this undertaking.” Mace overhauls business strategy to set out a clear vision of a more sustainable, and inclusive business model