ISS has announced two new senior appointments in both its public sector and food services businesses.

Eddie Fairish has joined ISS as Senior Commercial Director. Fairish joins ISS from Aramark where he established a strong track record in securing large multiservice service contracts, which included playing a leading role in the Aramark Carillion joint venture (now wholly owned by Aramark) which secured a lion share of high value HESTIA contracts in the defence sector in 2017.

Fairish was also a key figure in bringing LifeWorks Restaurant Group (the premium B&I workplace brand) into the UK and led the Business Development function across all sectors during the past two years – winning the coveted Foodservice CATEY Salesperson of the Year in 2018.

Richard Green, a strategic sales leader with a demonstrable track record for achieving outstanding results, has joined from the Compass Group, taking up the role of Sales Director of ISS’ food service business.

Green’s new role will be to spearhead growth in ISS Food Services and position it as leading caterer in the UK.

Speaking of the new appointments, COO, Philip Leigh said: “We are delighted to have recruited two such successful leaders in Eddie and Richard. ISS had developed a strong presence in public sector facilities services and already have a well-established food service business. We have invested in strong business developers to cement our place as a market leader.”

Previous: Essential features every smart office needs to have
Next: Pareto FM takes to the stage at the English National Ballet 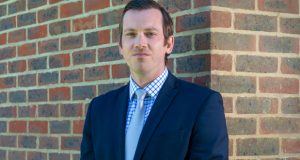