Je suis Charlie (No that is actually my name)

For anyone whose name really is Charlie the protests that have engulfed January and February have made the whole world seem like a personalised version of Spartacus. Millions upon millions of people have enthusiastically declared that they are Charlie. If only I could sue for copyright infringement… But in all seriousness, the part of the Charlie Hebdo tragedy that received the least acclaim was the fact that the magazine’s staff (the survivors at least) went back to work the very next day. It raises the interesting question of how well your organisation could recover from a disaster

Traditionally disaster recovery articles focus on IT, computer systems and the like. But that’s far less evocative than genuine disasters such as the Paris shootings.

Ever since 9/11 companies and organisations across the world have had to review the security procedures and reactions. Far earlier in many places. The London Underground bombings, Charlie Hebdo shootings and many other high profile incidents have only exacerbated that need.

Entire rainforests have been spent for articles focused on prevention, without anyone really talking about reaction or recovery. It’s all “how do we make sure it doesn’t happen to us…” which is understandable (don’t print a picture of Mohammed would seem to be the cardinal rule…) but no one has been focusing on how you would deal with things if the worst came to the worst.

The Charlie Hebdo writers went back to work the very next morning. Honestly how many other people would have done that? I wouldn’t, I’d have used the tragedy as an excuse for six weeks in Hawaii to recuperate. But if such a tragedy were to occur would your organisation have any process in place to help people get back to work as soon as possible?

Anyone in a large, high profile company knows the advice handed out to deal with a terrorist attack. Generally speaking it goes along the lines of “Run.” This applies to everyone except for some companies in America where staff are advised to “try and overpower the terrorists.” Seriously.

But getting people back into work (and operating at peak efficiency) the next day? That’s a different matter entirely. Of course disasters come in all shapes and sizes. Natural hazards like earthquakes, floods, and tornadoes (though we might not see all that many of them in Britain) can wreak havoc. Man made disasters like terrorism, or industrial accidents likewise. There is the more mundane, but equally catastrophic effects of an IT failing. And the Ebola outbreak in Africa has reminded everyone of the potential consequences of a disease outbreak.

These might seem extreme examples, to be safely filed away under “It doesn’t matter, it’ll never happen to me,” but it’s better to be safe than sorry. No one expects it to happen, but if your organisation were rocked by a disaster in the next thirty seconds, would you be ready? Even if you have a plan, would people know how to implement it?

Across the pond the Federal Emergency Management Agency keeps statistics on the effect of disasters on businesses. They report that more than 40 per cent of businesses never re-open after being afflicted, and of those that do, less than a third survive for two years more.

Likewise if your IT systems are down for more than a week, you are more likely than not to go bankrupt within the year. But how do you make sure that yours is one of the businesses that survives? Even thrives?

Previous: The evolution of a recycling bin
Next: Free cooling enters the Splits market with Hitachi’s Econofresh 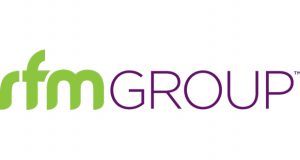 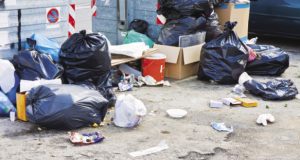