As part of the BBC’s DIY SOS: Big Build project, Mackwell provided its emergency lighting systems and technical expertise to an ambitious project to create the North Kensington Community Centre and rebuild the Dale Youth Boxing Club which was destroyed in the Grenfell Tower fire.

The team at DIY SOS: Big Build, led by presenter Nick Knowles, was determined to do something to help those involved to recover from the trauma and devastation of the fire. After consulting with the Grenfell community, a plan was put in place to build a bespoke facility to provide both the community space and a new home for the Dale Youth Boxing Club, which was previously located on the second floor of the tower.

Architect Featherstone Young offered its skills to the project pro bono and many other companies, including the main contractor Galliard Homes, donated goods and services to a value approaching £2 million. Featherstone Young’s design for the boxing club includes a mezzanine level, a boxing ring, training and gym area, changing rooms, showers, and WCs. The two-storey community centre, comprising two large halls and a kitchen, has been designed to the practice’s ‘baggy space’ concept, meaning it can be adapted according to the community’s needs. The two new buildings, which have become known as Bay 20, are located under London’s Westway fly-over and were completed in just nine weeks.

Mackwell was invited to be involved in the project by Dominic Meyrick, Partner at Hoare Lea with particular responsibility for lighting design. Hoare Lea and Mackwell have a long-standing relationship and Mackwell was an obvious first port of call for emergency lighting. Meyrick explains, “Mackwell has a fantastic range of emergency lighting products and it was great to be able to turn to them for help when designing the lighting scheme, knowing you can rely on the lighting industry to step up.”

A variety of Mackwell’s emergency lighting luminaires were used across the two buildings. Dominic Meyrick comments: “Emergency lighting should be clean and unobtrusive and Mackwell achieves this in a luminaire that is essentially ‘a really clever box’.” Mackwell’s non-maintained emergency lighting with LED was specified and these incorporate an inverter and small battery packs. In particular, the Maxwell XYLUX LS IP65 fitting was used because it can be placed in high ceilings, mid-height ceilings, open areas and escape routes, with optics tailored to the light distribution required.

Dominic Meyrick of Hoare Lea worked with Rene Joppi, Commercial Director at Mackwell over the course of the project. Rene comments, “We were privileged to work on this DIY SOS: Big Build project and hope that our efforts in some way help to heal the community for the future.”

The project was completed for the big reveal on Bank Holiday Monday 28 May 2018. Grenfell Tower survivors, the wider Grenfell community and members of the Grenfell Youth Boxing team were invited to see the new facility. They were clearly overwhelmed by the fantastic facilities and the generosity of those who had donated goods, services and time.

Nick Knowles said, “It is the biggest and morally the most important project we have done in a long time. What we have done here won’t take away the pain people feel but it will help re-build their community.”

Further information is available from Mackwell on 01922 742145 by email info@mackwell.com or by visiting the company’s website at www.mackwell.com 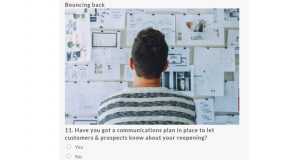 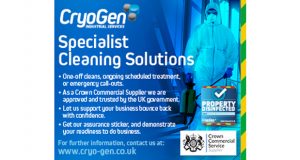 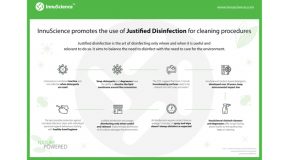