Mark Whittaker to take over role of IWFM chair 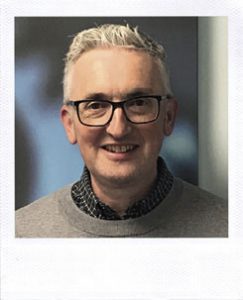 Mark Whittaker, CIWFM, has been appointed as the next IWFM Chair. He will take over the role  from Martin Bell on 1 October.

Whittaker, who has a leading role in consultancy at Thomson FM has has worked in the profession for 18 years.

His journey with the Institute started a decade ago, when he answered a LinkedIn post asking for volunteers to help with the then BIFM Lancashire Group. In the years that followed, he became Deputy Chair and then Chair of IWFM North Region. Under his leadership, the team was named ‘Region of the Year’ three years running.

Whittaker was awarded “BIFM Regional Volunteer of the Year” in 2015 and has since been an ambassador for IWFM’s Career of Choice school’s programme. He joined the Board as a Non-Executive Director in 2019 and also serves on the Audit & Risk Committee.

Speaking about his new role, Whittaker said: “I am humbled to be asked to take on the role of Chair after the successful IWFM-era tenures of Martin Bell and Steve Roots. Just as they both faced challenging circumstances, I expect that the coming months will be crucial in navigating the Institute through the effects of the pandemic. I look forward to supporting the Board in facing those challenges head-on, engaging with our membership and valued community of volunteers, and continuing the exciting direction of the Institute.”

CEO Linda Hausmanis commented: “Mark is a committed and highly respected professional who strives to challenge and encourage those around him, and I am in no doubt that the best interests of the Institute, our members and the sector will be served exceptionally well throughout his tenure. I know he has many plans and I look forward to taking our next steps together.”

Whittaker has named MIND as the Chair’s Charity during his two-year tenure. Providing advice and support to empower anyone experiencing a mental health problem they campaign to improve services, raise awareness and promote understanding of mental health.

Whittaker will formally succeed Bell at the Institute’s AGM on 30 September. Bell has served as Chair since June 2019.

Speaking about Bell’s time as Chair, Hausmanis said: “Martin has been a great Chair. He has presided during the worst pandemic in 100 years and has helped the Institute steer a safe course through some very choppy waters. He has brought energy, professionalism and warmth.

“His legacy will be a more effective and inclusive Institute overall, resulting from the tighter cohesion and professionalism he has brought to our governance through an agenda of ongoing engagement.”