Outsourcing firm Mitie has announced the final terms of its acquisition of Interserve Facilities Management which sees the original amount it was willing to pay for the business cut from £271m to £190m.

In a statement, Mitie said that it has signed an agreement to amend the terms of the sale and purchase agreement to acquire Interserve Facilities Management on a cash free and debt free basis for consideration of £120m in cash and approximately 248m shares in Mitie (representing approximately 17.5% of Enlarged Group share capital), valuing the transaction at approximately £190m based on Friday’s closing share price.

Mitie expects to publish a Circular seeking shareholder approval for the acquisition of Interserve Facilities Management later today. The shareholder vote is expected to be held at a general meeting of Mitie on 23 November 2020.

Phil Bentley, Chief Executive of Mitie, commented:“Reassuringly both Mitie and Interserve Facilities Management have traded better than expected during the Covid crisis.

“However, Mitie, in particular, has been successful at renewing strategic contracts and winning new business during this period. Recognising this momentum, we have renegotiated the terms of the Interserve Facilities Management transaction, reducing the vendor’s consideration shares by 31% (110 million shares) to 248m shares (17.5% of the Enlarged Group), valuing the current consideration at £190m. Mitie’s existing shareholders will therefore hold a greater proportion (82.5%) of the Enlarged Group and enjoy a greater share of the benefits of the transaction.

“As we stated in June, the acquisition of Interserve Facilities Management accelerates the delivery of our technology-led strategy, expanding our scale and footprint to create the UK’s largest facilities management company. The combination of these two businesses will transform our competitive positioning, unlock significant growth opportunities for both our business and our 77,500 colleagues and strengthen our financial profile, better balancing our public and private sector divisions and driving greater returns from the investments we have made in technology, systems and customer service over the past three years.

“In short, we will achieve significantly more together than we could as two separate companies. This deal will create improved service for our customers, better opportunities for our people and, with the revised terms, accelerate value creation for our shareholders.”

The transaction also requires clearance on an investigation launched by the Competition and Markets Authority back in September to see if the proposed acquisition would reduce competition in the FM sector.

If given the green light from both the CMA and its shareholders, Mitie expects the transaction to complete in November with new shares issued in December 2020. 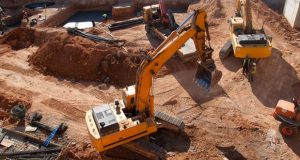 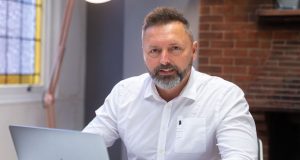