BREAKING NEWS
Home / Building Services MIFM / Same old, same old water treatment? Not this time, this actually works and it is being implemented!

Same old, same old water treatment? Not this time, this actually works and it is being implemented!

There is so much written about water treatment these days. It seems, everybody has a spin on what is required to stop corrosion or to clean dirty systems – whether it be inhibitors, dirt and air separators or magnets. One fundamental issue we all understand is that a dirty corroded system lowers the energy efficiency of systems, causes more system component failures than ever because of the ever-smaller valve orifices and high efficiency pump motors which attract metallic corrosion debris around the pump seals and cooling waterways generally, leading to pump failures.

So, what can be done to stop the progression of system failures? Camden Council, one of London’s most forward thinking Borough Councils are dedicated to taking steps towards becoming more energy efficient. LB Camden recently appointed GEM Environmental Building Services (GEM EBS) to maintain their vast portfolio of LB Camden’s Commercial District Heating and associated Plant Rooms in terms of system water quality across the Borough.

Doug Daldry at GEM EBS rose to the challenge of LB Camden’s ‘Energy Policy’ and looked to find the simplest, BSRIA compliant and most cost effective way of implementing new technologies into these older systems to reduce energy and maintenance cost. After scrutinising the latest BSRIA BG50 2013 Guide “Water Treatment for Closed Heating and Cooling Systems”, a clue was found on page 12 of the Guide to something new. The Guide states “It is important the dosing pot should remain open to the system with continuous through-flow so that it does not become a dead leg and encourage the growth of bacteria. One manufacturer now combines a dosing pot and a strainer.”

Doug tracked down the product, the ‘X-POT Side Stream Filtration and Dosing Unit’ manufactured by VEXO, a UK company. Doug via John Brown of G.M Treble, contacted Ian Roberts at VEXO and wanted to know more – Ian explained the BOSS X-POT is available in 3 sizes and that they remove both magnetic corrosion and non-magnetic material in systems down to an industry best of 0.5 micron. They also lower the system oxygen levels and can be retro-fitted onto existing systems as well as being installed on new builds. The X-POTs filters are housed within a dosing pot for simply adding chemicals to the system. The X-POT was voted the ‘H&V News Commercial Building Services Product of the Year 2015’.

The X-POT has been designed to work in conjunction with both X-PO10 Inhibitor and X-PO35 Non-Flush Sanitiser and Cleanser. Now, I know I can hear you say we’ve heard all this before, but PO10 has been designed for the commercial sector with a temperature rating up to 90oC, it is BuildCert approved and has added polymers and flocculants. These polymers and flocculants lift any system debris and keep it in suspension, so when this debris arrives at the X-POTs it captures it so that the only thing to come out of the X-POT is cleaner filtered water. X-PO35 has been designed as a sanitiser and cleanser, it cleans, passivates, lifts and mobilises system contaminants including bio-films, again to be captured by the X-POT. X-PO35 also has the added advantage of being a Non-Flush product, it can stay in the system, where other cleaners have to be flushed to drain – so VEXO can offer a full package.

The BOSS X-POT Compact Unit is back on line polishing up the system water whilst removing micro-bubbles, sludge, corrosion & magnetite and the facility to easily add chemicals

After being re-assured by VEXO including many reference sites GEM EBS presented the X-POT and chemicals to LB Camden for approval and use on a trial site.

After water samples were analysed, it was decided to dose the system with X-PO35 Non-Flush Sanitiser and Cleanser via the X-POT. The X-P035 lifted the contaminants and allowed X-PO35 to passivate any previously covered areas and lay down a short-term inhibitor. For the first hit on the lifted contaminants, the X-POT used only the magnetic grate containing 4 rare earth magnetic rods. The magnetic grate was cleaned regularly for the first 24 hours. In the second 24 hour period a 100 micron cartridge filter was also introduced to maximise the filtering process. After 48 hours, X-PO10 Inhibitor was added to protect the system, during the next few weeks, the filters were cleaned and replaced, gradually reducing the micron rating down to the BSRIA guideline of 5 microns.

Durdan House now has a clean, inhibited system which runs at optimum efficiency. Both GEM EBS and LB Camden have been so impressed with the results that LB Camden through GEM EBS, are rolling out X-POTs, X-PO10 and X-PO35 throughout their portfolio. By doing this LB Camden believe their overall fuel bills will be lower as well as reducing the CO2 emissions for the borough and finally cutting maintenance expenditure.

A filter removed from another commercial project where the system water was in a shocking condition. The BOSS X-POT working with BOSS X-PO35 Non-flush Sanitiser & Cleanser and BOSS X-PO10 Inhibitor soon got the system running clear again without any further magnetite problems

Interestingly, Durdan House did have a conventional dosing pot installed, which was closed off as they were pre BSRIA BG50/2013 and the dead leg contained stagnant water. It also had a conventional Dirt and Air Separator installed, but as everyone thinks and wants the D&A Sep to protect the system? This is simply a fallacy with today’s high efficiency / small bore valves etc. Imagine a small piece of corrosion debris (0.5 – 20 microns) travelling down the pipework, when it arrives at the D&A Sep, its travelling that fast in the water flow and is so small it’s like a twig on a tree in winter trying to stop a bullet at a dead stop and that bullet falling straight down to the ground! It simply doesn’t happen and that’s why systems are failing all the time, old technology that is simply just not up to the job. There are hundreds of systems out there which are failing and are full of debris in low flow areas causing under deposit corrosion. It’s simple, do your homework as Doug at GEM EBS did, install an X-POT, get it right and keep it right. 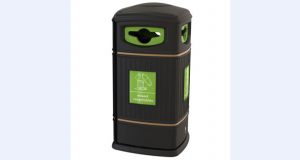 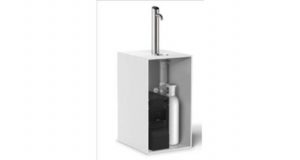 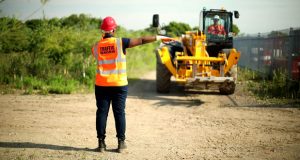 Essential banksman training can save lives