This year’s conference which was ably chaired by FM Guru Martin Pickard had as its theme Challenging convention in FM, by going outside the box of the conventional corporate workplace and focusing on FM as practised in unusual and challenging environments, including education, leisure and the public sector. It was also notable for being the first FM event to feature both RICS and BIFM on the same platform.

The event began however, with sessions that focused on the wider influences which could impact on the sector in the coming years.

“We’ve been looking at digitisation for 20 years, we’re now in that moment,” said professor John Hinks who explained that there is a whole new series of meta level organisations that are taking data, drawing out analysis of organisations and workplaces and building a picture which could seriously influence the service experience that people receive.

“That’s makes us, even within the corporate workplace part of a picture rather than the controlling picture”, he explained, “which shifts power to the democracy of the network in the way you work.”

This presents a “threat of disintermediation by digitisation” for FM; whereby despite the many advantages to the sector in employing the latest technologies, from the Internet of Things to the utilisation of artificial intelligence, also means that the next generation FM must be prepared to help in the delivery of data led service operations.

In his overview of the Stoddart Review and its overriding purpose for being a new conversation starter for the businesses FM is trying to help do better, Ian Ellison, partner, 3edges agreed with professor Hinks on the effect of digital disruption. However he also pointed out that data and facts don’t always influence how people think and our risk as an industry is neglecting to think more critically about the information and the data we gather; having conversations and working collaboratively to increase our knowledge and wisdom.

In his presentation on how the consumer impacts on the workplace, Ian Shorthose, customer experience director at Interserve explained that by understanding the customer experience from end-to-end you can identify the touchpoints which impact on the users, and how much can go right or wrong. He also argued that services need to go beyond meeting functional needs by touching the emotional needs of end users.

BIFM & RICS took the stage together in a joint session on supporting the development of FM. Rory Murphy, RICS FM Professional Group began the session on a positive note by talking delegates through the themes which most concern the sector, including the importance of innovation in FM and the need for collaboration.

He explained; “We’re seeing business models now where five public sectors bodies are coming together to buy one service, and we’re seeing much more integration across the chain.”

He also touched on issues such as the social value of FM, the increasing emphasis on improving productivity across UK PLC and the ongoing war for talent.

Unfortunately  Linda Hausmanis, acting chief executive, BIFM was less positive about the future, beginning her presentation with the statement, “we’ll just do what we’ve been doing for the last 10 years”, which did not exactly inspire an audience which had been hearing all day about the need for innovation and preparedness for digital disruption.

However, in the following Q&A session she did respond to the question on RICS and BIFM collaboration with the assertion that “there is more that unites us than divides us,” a sentiment echoed by RICS Paul Bagust director, UK commercial property professional group RICS who said: “RICS recognises the value of collaboration…we meet with BIFM frequently and have had very constructive dialogues.”

After tackling some of these wider issues the conference moved on to the presentation of a range of case studies that illustrate how FM can bring benefits to diverse environments.

KBR’s operations director, FM services, Mark Sutcliffe described how the introduction of an integrated FM services model for the Metropolitan Police Force, has saved the force £8 million a year and its SME supply chain has benefited from being able to access the support of a large professional services organisation.

A totally different kind of client/services partner relationship was described by Jamie Hall, operations director, Mitie Energy who talked delegates through the utilisation of the latest sensor technology for the technical team at Red Bull Racing which, by monitoring environmental factors such as temperature, air quality and lighting enables them to measure the direct impact on productivity.

Building a relationship of trust with Weetabix was the theme of Vince Treadgold of Servest’s case study; during which he admitted that “the impact on their brand would be huge if we got it wrong”. Fortunately he revealed the journey has been worth it, with the team delivering the FM services to the firm’s 88 acre site feeling as much as part of the brand as the core business.

An incredibly unusual FM story was that of ISS Facility Services relationship with the Sunborn Yacht Hotel, where, along with the usual FM-related services of cleaning, security and concierge – also requires ISS to arrange regular hull scraping and organise local government negotiations for site access. This partnership explained Karen Thomson, director of hotels, ISS and Hans Niemi, executive director, Sunborn Corporation supports the ideal that “businesses do not do business, people do it”.

For her sum up Lucy Jeynes of Larch Consulting urged delegates to take up some of the overriding themes of the day, including focusing on what the customer actually wants, being a trusted FM partner and challenging the status quo. We should not be doing what we’ve been doing for the last 10 years she said: “I want us to be better than that, we need to be better than a safe pair of hands, otherwise there isn’t any value to what we are doing.”

We need to become exemplary she concluded and the way to do that is look at each client and look at ways of working more collaboratively together; which ultimately is the 21st century way of challenging conventions that the younger generation are bringing into the workplace.

Previous: Health and safety and the Referendum fuels discussions at DYMO and FMJ Roundtable
Next: What’s afoot? 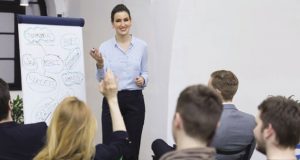 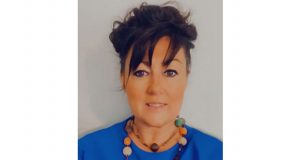 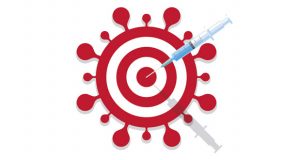