The London Eye is one of the capital city’s most iconic landmarks, carrying millions of passengers and rotating 2,300 miles every year.

For an attraction of such stature and prestige it is essential that it has a back-up power supply that can be relied upon in an emergency.

The London Eye’s technical team entrusts PPSPower with that responsibility. PPSPower performs the generator’s major service to ensure there is a back-up power supply ready to act immediately should it be called upon. The team also provides services such as oil replacements when required, optimising performance and maintaining the efficiency of the generator while also maximising its lifespan.

Stephen Peal, Director of PPSPower, said: “The London Eye is a wonderful, popular tourist attraction, used by millions of visitors each year. It is vital that should the worst happen and there be a power outage, that there is a back-up power supply which can be ready to act immediately so that people aren’t left stranded 135 metres in the air.

“Our contract involves both the maintenance of the backup power systems to the site and being available for 24/7 call out. We are ready to react immediately should any problems arise.

“A key part is making sure the backup power systems are in immaculate condition, with our expert staff working around the clock to provide a service outside of the London Eye’s operational hours.

“The recent major service was done to strict time scales during the attractions shut down period, with it back ready to be called upon when it became operational again.”

The successful partnership between the London Eye and PPSPower is one which continues to thrive with the tourist attraction describing the service as ‘exceptional’ and attitude to customer service ‘second to none’. During the last summer when a major National Grid power outage led to thousands of home and businesses affected in London, the world’s largest cantilevered observation wheel kept turning, with its capabilities of working in no doubt thanks to a fully working backup system.

Mr Peal said: “This has been a very successful partnership and the London Eye is a client we have thoroughly enjoyed working with and will hopefully continue to do so long into the future.

“The contract doesn’t come without its challenges, particularly when any work can be carried out to minimise disruption, but it is one at which our experts are more than capable of carrying out.

“We are already carefully drawing up plans for the major oil change, which is due to take place early next year, and have a robust timetable of maintenance lined up to keep the wheel turning.”

The London Eye was built was conceived and designed by Marks Barfield Architects and was launched in 2000. Since then it has gone on to become one of the UK’s most popular paid for visitor attractions. It offers passengers views up to 40km away in all directions, carrying 800 people each rotation with the 32 capsules travelling at around 26cm per second. 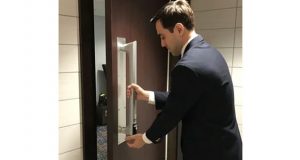 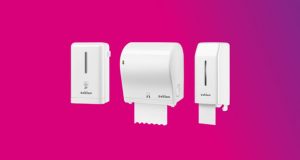