All critical systems require protection from electrical disturbances, but choosing the right UPS solution depends on the individual needs of the organisation, says Alan Luscombe a director at Uninterruptible Power Supplies, a Kohler company

For some organisations, an uninterruptible power supply (UPS) system is all they need to protect their power supply. A UPS shields the critical load against mains-borne power disturbances and short-term blackouts. However, it is not designed to manage extended outages. As a result, where a blackout is prolonged and the organisation cannot afford to lose access to its ICT resources, a generator is needed to support the UPS and establish a seamless end-to-end solution.

Organisations of all sizes must provide their critical ICT equipment with protected, clean power around the clock. Problems such as electrical transients, sags and short-term blackouts can arise at any time, and longer-term blackouts, although comparatively rare in the UK, are always a possibility. In fact, 95 per cent of all mains disturbances last less than five minutes, while anything longer is likely to last for several hours.

THE RIGHT STRATEGY
In countering these threats, facilities managers understandably look for power protection strategies that manage the perceived risks and maintain the operation of critical systems while avoiding excessive capital and operating costs. Achieving the right balance for any individual installation depends on two key decisions: first, whether to settle for a UPS alone or include a generator system; and second, which UPS topology to choose.

All installations need at least a UPS, because those with the right topology continuously filter out electrical aberrations before they can damage the ICT hardware, disrupt service, or destroy data. The UPS system’s battery will even carry the load through a short-term power blackout of a few minutes, or longer with extra battery capacity. However, an extended blackout will exceed the capacity of any battery.

In some applications, this may not matter. If the UPS detects a power failure that is lasting too long, it can alert the critical load to initiate a graceful shutdown under the remaining battery power. No equipment is damaged and no data is lost. If the organisation can tolerate operating without its data

processing resource until mains power is restored, the UPS alone is enough.

STANDBY GENERATOR
Nowadays, however, the majority of enterprises rely on almost constant online interactions with their staff or customers, so any interruption to ICT availability is unacceptable. In these cases, the solution is to augment the UPS with an on-site standby generator.

If the mains fails, the UPS inverter seamlessly transfers to battery supply. If the mains is not restored within a preset timeframe, the UPS sends an automatic mains failure (AMF) signal to the generator. The remaining battery time is enough for the generator to start up, stabilise and begin feeding the UPS. Power delivery to the load has not been interrupted during any part of the mains failure, and can continue indefinitely, so long as enough generator fuel is available.

Any chosen generator must be compatible with the UPS and set up correctly for the application. The generator supplier should be aware of the product’s intended use, and thorough testing during commissioning is essential. The generator should have an electronic speed governor to ensure that its alternator operates within the tight frequency limits essential to the UPS and its load. Its design and size should accommodate step load increases, although a better approach is to ensure the UPS has ‘soft start’ capability, to limit the magnitude of the load step.

UPS TOPOLOGY
UPS systems are available with either online or offline topology, and the choice between these is highly significant for power protection. In an online type, utility mains power passes through the rectifier and inverter power conversion components before reaching the load during normal operation. This mode filters out mains-borne power disturbances and delivers closely-regulated power at all times. Additionally, there is no break in the load during transfers to or from battery power.

By contrast, an offline UPS passes power directly from the incoming mains to the load during normal operation. UPS output voltage has low regulation, while the load is exposed to any fault appearing on the mains supply. Additionally, there will be a power break of 2- 10 ms whenever the static switch transfers the load between the bypass line and the inverter’s output.

Given these disadvantages, offline UPS systems are only viable for a limited number of applications – those where the operators are confident in the quality of their mains power supply, or the resilience of their critical load. The attraction of offline systems lies in their lower cost; capital expenditure is reduced because component costs are less, and, as the power does not flow through the inverter or rectifier during normal operation, there is almost no loss of operational efficiency.

However, most operators responsible for keeping critical loads up and running regard exposure to mains problems as unacceptable, irrespective of savings in capital or operating expenditure. This means online topology UPS systems are the preferred choice for mission-critical applications.

MODULAR DESIGNS
Given that the role of the UPS is to maximise power availability, it’s essential that the UPS itself remains online. This can be achieved using modern, modular ‘hot swap’ UPS systems.

Modular designs have been made possible by the advent of transformerless technology, which have allowed the implementation of significantly smaller, lighter UPS systems. A UPS can now be built as relatively small rack-mounting modules rather than monolithic floor-standing units. This means that a 400 kW load, for example, can be supported by a rack with four 100 W modules, or alternatively five 100 W modules to provide N+1 redundancy and a corresponding increase in availability.

Further improvements are possible if the modules are ‘hot swappable’. This means that a faulty module can be swapped for a new replacement in a simple ‘plug ‘n’ play’ operation that takes just minutes instead of the hours that would be needed to carry out a component-level repair in situ. The reduction in mean time to repair (MTTR) boosts availability, to which it is inversely related. Modular UPS systems can now offer up to ‘six nines’, or 99.9999 per cent availability. 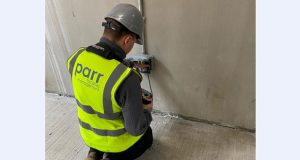 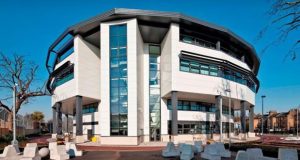