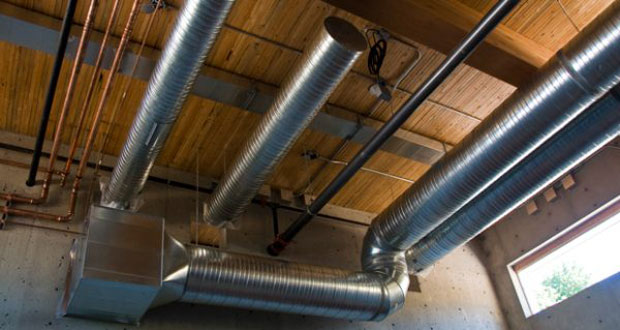 Public funding is urgently needed to ensure schools, hospitals and thousands of homes can benefit from improved awareness of the role played by mechanical ventilation systems in reducing the risk of airborne disease, according to the Building Engineering Services Association (BESA).

During a webinar marking national Clean Air Day, a range of experts urged the government to listen to the ventilation industry and use its expertise to improve the worsening air quality inside buildings that was brought into sharp focus during the pandemic.

They said poor air quality was costing the NHS £20 billion a year and was responsible for more than 40,000 deaths. It also disproportionately affects the most socially disadvantaged.

The BESA webinar also called for the creation of ventilation apprenticeships to address a worrying lack of competence that had already resulted in thousands of sub-standard installations of mechanical ventilation systems in homes.

The shortage of funding is particularly acute in schools with academy trust CEO Garry Ratcliffe telling the Clean Air Day event that despite greater awareness of the risk of transmitting airborne infections during the pandemic, mechanical ventilation remained a low priority for most headteachers.

He added that he was “seriously worried that we are doing more harm than good to children by opening windows close to busy roads”.

Ratcliffe, who is CEO of Kent-based Galaxy Trust, said the Education Secretary should hear what the ventilation industry had to say because current Department for Education (DfE) Covid ventilation guidance was inadequate.

He said that his three schools had already spent over £325,000 on Covid mitigation measures but had only been able to reclaim £57,000 from the government. Each has an annual capital budget of just £7,000, which is primarily to ensure buildings remain safe and to fix leaking roofs and heating.

Air quality monitoring specialist Douglas Booker told the webinar that indoor air pollution can often be 3.5 times worse than what is outside the building.

“Government advice about bringing in ‘fresh’ air ignores the fact that outdoor air is often far from fresh,” said Booker, who is CEO of National Air Quality Testing Services (NAQTS). “Covid is the catalyst that will change things for people who have been working in this field for years because ventilation has never been more visible.”

He welcomed the news that the British Standards Institute (BSI) had agreed to fast-track new IAQ measures into its forthcoming British Standard (BS 40101 Building Performance Evaluation) due to be published in November.

This will include work already completed on the draft Publicly Available Specification (PAS) 3003 that was championed by engineering firm EFT Consult and drew on the expertise of BESA’s Health & Wellbeing in Buildings group.

BESA Chief Executive David Frise said the country owed EFT a “debt of gratitude” for driving and funding “this really important piece of work” and urged the BSI to “be ambitious” in the IAQ targets it included in the Standard.

EFT’s Mark Phillips told the webinar that the PAS focused on affordable and practical solutions for all types of buildings. He added that it was important the government used this work to advise the public and building managers so that improvements were achievable.

The panel also said the issue was closely tied to the government’s net zero agenda. By designing buildings for better IAQ they could address the wider performance problems that made buildings less sustainable.