Everyone knows how convenient it is to use an oyster card. Or to use your phone as a debit card. But the technology that makes this possible is still underappreciated in the facilities and workplace sector, at least according to Mike George, managing director of MyTAG

CityPoint is one of London’s most iconic buildings. The arched roof is over 400 feet tall and flanked by low-rise extensions creating two 12-storey galleria and a ground floor winter garden with sloping, glazed roofs. With 35 storeys CityPoint was the tallest building in London when it first opened in 1967 and can boast over 700,000 sq. ft of office space, shops and restaurants.

Along with the city itself CityPoint has had to adapt to changing demands over the last few decades, implementing advanced technology to keep up with ever changing requirements. “Technology and tenant needs have changed dramatically since this building first opened 50 years ago,” said Lee Murray, CityPoint building manager. “CityPoint thrives today by adapting quickly to change, and striving to operate our facilities at the forefront of technology.”

CHALLENGES
Operated by CityPoint’s Estate Management team, CityPoint’s mission is to ensure an optimal environment for businesses to conduct enterprise activities, while maintaining high security standards that protect tenants, their guests, their assets, as well as CityPoint staff and contractors.

Thousands of people pour into the building every day, with CityPoint staff and contractors maintaining a 24-hour watch over operations. Among their daily functions, three potential areas of improvement had been identified for the facility:

SOLUTION
MyTAG.io and HID Global partnered to create a system for CityPoint that integrates data key management, security patrol and contractor services into a single interface to deliver more accurate information in real time. NFC technology enabled seamless deployment of the solution throughout the facility, with minimal investment in infrastructure.

“The CityPoint solution required placement of unique identifiers at hundreds of points within the building and the surrounding grounds outside, in addition to equipping the staff and contractors,” said Richard Aufreiter, director of product management, Identification Technologies with HID Global. “HID Global offers the industry’s broadest, most flexible line of NFC transponders to meet different environmental and security needs, which made it possible to fulfill the exceptional and diverse requirements at CityPoint.”

Key management: To use a physical key, a user can now just tap a tablet computer with the key fob and enter an authorised identity. The user is then notified of when the key is due to be returned. When returned, the user taps the tablet again to check the key back in. MyTAG.io generates a main dashboard screen showing all keys that are checked out, who has them, and when they are due back.

The MyTAG.io system records a guard’s progress in real time, and can trigger an alert should too much time pass between checkpoints. If a guard encounters an incident, they can use their smartphone to generate a detailed report – including photo or video evidence if necessary – and immediately escalates activity as needed according to preset protocols.

BENEFITS
“HID Trusted Tag Services enables proof of presence, with frictionless authentication – which is the ideal match for commercial and private real estate properties,” said Mike George, managing director of MyTAG. “With full integration into MyTAG.io, the opportunities are limitless to deploy proof-of-presence and other trusted NFC capabilities throughout CityPoint as their business needs continue to evolve.”

CityPoint has significantly reduced staff time previously spent manually logging and tracking keys, not to mention time and resources spent replacing lost or stolen keys. Not only can the team account for each key in real time, they now have access to historical issuance and return activities to better understand which keys are in greatest demand and by whom.

The improved security patrols deliver greater peace of mind for tenants and staff, through more timely, accurate and detailed reporting. Even when an individual security guard is on patrol, the guard is constantly connected to facilities management, creating proven interactions at every checkpoint.

MyTAG.io can track the time lapse between checkpoints, and in the event that a guard does not reach a consecutive point in the prescribed amount of time, the system can trigger an appropriate alarm. This provides added assurance to guards that they have constant communication with facility staff, even when walking tours alone.

Previous: The power of technology in future energy management
Next: Should socialising at industry events be compulsory? 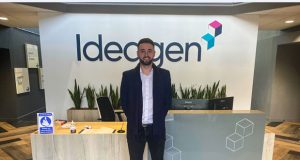 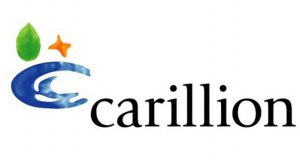 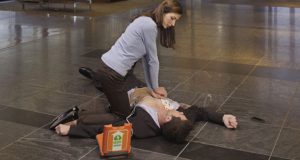 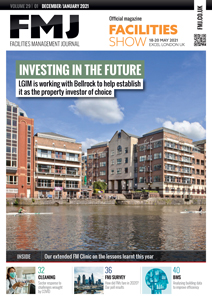