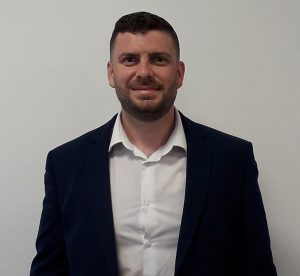 The promotion follows the continued expansion of the 130-year-old Birmingham-based company which now operates across the UK as a £55 million business with more than 190 employees.

With more than 15 years’ experience in electrical project management, the former apprentice rose to electrical technical officer with a rail infrastructure provider, and went on to work as contracts director to M&E contractors across London and the South East, before joining J S Wright in 2019.

His previous credits include managing the installation of electrical services for a new building and energy centre for broadcaster Sky, and similarly for Bond Street station as part of the Crossrail construction project.

Phil Leech, J S Wright Managing Director, said: “Richard’s promotion is part of a natural progression for those that show outstanding team leadership skills and are committed to upholding our values of quality, integrity and collaboration.

“I have every confidence that our mechanical and electrical business growth and service delivery will go from strength to strength under the new team.”

Pendleton said: “I am delighted to be given this opportunity within such a progressive and successful company and look forward to seeking new contract opportunities as well as satisfying a growing order book.”