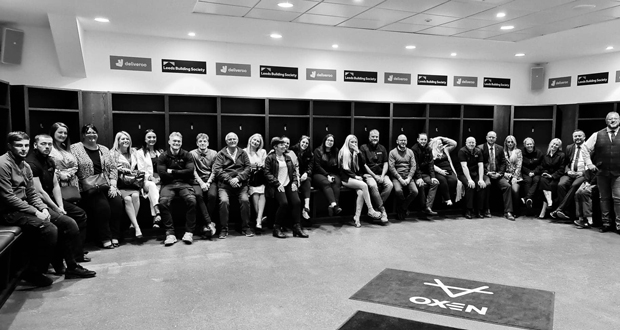 Servo on the search for a new HQ following ‘exponential growth’

Leeds-based multi-service provider, Servo Group has announced it is on the search for new headquarters after a stellar start to 2022.

The company has made 10 new hires, opened and expanded two further regional offices, including growing its office in London and reports it is on track to hit a £20 million turnover in the next 12 months despite the wider economic impact of Covid-19.

Servo Group, which has thriving security, CCTV, construction, facilities management and rail divisions has been based at its Gelderd Road offices since 2018. Its “exponential growth” means it has outgrown its headquarters, and it’s now looking for a freehold building with more parking space for its growing team within Leeds.

Servo has also made a host of hires since the start of the year, including a Regional Director to lead its London office and Southern region, three new contracts managers to deal with an influx of new clients, and bids, framework and business development managers. It has also expanded its facilities management team in Leeds, with new multi-tradespeople, and added engineers to its CCTV installation team.

The recently released Leeds City Region Business Survey 2021, revealed that 56 per cent of businesses in the region said performance had declined in the past year due to the pandemic, and a separate report on the UK facilities management market found that Covid will cost the sector more than £11 billion by 2026, but Servo says its “fast growth has belied these statistics”.

As its expansion plans continue, Servo is targeting more locations for regional expansion to enhance its national service offering but its keen to keep its Head Office in Leeds. It’s also looking to create further jobs in the region by recruiting more multi-trades people and substantially adding to its CCTV installation team.

CEO, Andrew McCallion said: “Covid was challenging for everyone, and Servo was no exception but we’re incredibly pleased with how we’ve weathered the storm. The first half of 2022 has been incredible with some major contract wins and some amazing additions to our team.”

He added: “We’re really excited about expanding into the North East and growing our reach in the South, but our headquarters will always remain in Leeds – we just need to find the right premises to facilitate our growth. We founded Servo in Leeds with just four employees and we’re very involved in the community here through sponsorship and community work and some of the recent contracts we have won so we’re keen to continue investing in expansion right here.”

Servo has thrived since its inception, just eight years ago, and it employs over 1,200 operatives all around the UK, with more than 40 staff based at its current head office. It works with some major national clients, including Network Rail, Buckingham Group and Kier Group.