Sodexo has teamed up with conservation organisation WWF-UK to encourage students at universities across the UK and Ireland to choose foods that are more sustainable and have a lower environmental impact.

From 7-25 October, ‘Finer Diner’ pop-up restaurants, created by global brand experience agency Sense, will be visiting UCL, Coventry University, York St John University, Solent University and Trinity College Dublin where Sodexo provides the food services. Students at these universities will be able to sample 100 per cent plant-based street food dishes, which will then become part of the menus at all Sodexo-run university restaurants.

The street food dishes on offer at the pop-up Finer Diner features ingredients inspired by Knorr Professional and WWF-UK’s Future 50 Foods report; 50 plant-based foods that are healthy, tasty, accessible and have a high nutritional value but a low environmental impact.

The Finer Diner initiative follows the announcement last month on the roll out of recipes using the Future 50 Foods, which have been developed by Sodexo and Knorr Professional chefs and nutritionists, to more than 5,000 locations in Belgium, the United States, the UK and France, including business and government offices, universities and hospitals.

David Mulcahy, Food Innovation Director at Sodexo, said: “We know that Generation Z are increasingly turning towards vegan and plant-based diets to improve their health and reduce their impact on the environment.

“The dishes that students will be able to sample at Finer Diner have been created to reflect the growing trend for street food and, of course, feature some of the Future 50 foods such as kale, spinach and lentils, all of which are really versatile and can be included in many dishes that people might usually associate with meat.”

Nick Hughes, Food Sustainability Adviser at WWF-UK added: “Our aim is to encourage students to explore plant-based foods and help them make the connection between what they put on their plates and its impact on the planet.

“Young people represent the future of our society, and we feel that encouraging them to make the switch could have a major influence in the fight for our world.”

Previous: The sky is the limit for Apleona charity fundraiser
Next: J S Wright wins £1.5m deal in east London 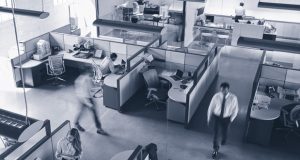 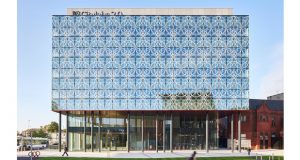