According to new research by global workplace technology company, Condeco, involving 750 corporate leaders, the rise of cloud computing and teleconferencing represent both the biggest opportunity for growth as well as the most significant organisational challenge to companies around the world.

While recognising digital transformation as crucial to their future success, 60 per cent of those who participated express concern over the speed with which new technologies are reshaping their businesses. They are increasingly preoccupied with issues related to cloud computing, the internet of things, and big data.

These technology challenges are contributing significantly to the changing nature of the corporate environment, the report finds. Cloud computing in particular has made it possible for increasing numbers of employees to work remotely and flexibly – meaning that the central company workspace is rapidly becoming an administrative hub, rather than a traditional central focus where everyone gathers during set hours.

The demands of regulation and compliance are also adding to the burden felt by businesses as they face the future, according to Condeco’s new research paper, The Modern Workplace 2019: People, places & technology.

Condeco’s report is based on an in-depth survey of business leaders in six countries, backed by qualitative interviews. Respondents overall say the biggest challenges facing their organisations in the next 12 months are digital transformation (37 per cent) and the adoption of new technology (35 per cent).

Across all countries surveyed, access to talent supply (26 per cent) and regulation and compliance (24 per cent) are considered greater organisational challenges than business uncertainty (22 per cent), However, for companies in the UK, the lack of clarity surrounding Brexit is keenly felt, with 35 per cent of respondents expressing concern over the issue.

Almost half of businesses surveyed (41 per cent) say they already offer some degree of remote working, while three-fifths (60 per cent) provide flexitime opportunities, allowing employees to choose when to start and end their workday.

Among the countries in the survey, remote working is particularly prevalent in Australia (45 per cent) and least widespread in Germany (35 per cent). US businesses were least likely to offer flexitime (49 per cent), while those in Singapore were most likely (66 per cent).

Asked why they choose to offer remote working, the most common reason was to improve talent retention (52 per cent). This was a particular feature in the UK (64 per cent) and Australia (75 per cent). Reducing office costs (47 per cent) and meeting employee demand (45 per cent) were the next most significant factors.

Paul Statham, CEO of Condeco, commented: “The research clearly shows that businesses are in the process of transforming their workplaces digitally, which enables them to transform the way that they are used physically.

“Today’s technology allows for space to be used more flexibly and for employees to work remotely. This benefits businesses by maximising office space, reducing costs and by keeping employees engaged and productive.”

When employees do go into the office, it is most often for meetings with colleagues and customers. Yet the researchers discovered that finding, booking and using meeting rooms is a consistent point of organisational tension, even as more people are working remotely. Fewer than a quarter of those surveyed (23 per cent) say that their employees have access to meeting rooms whenever they need them; this falls to 17 per cent in the UK and just 9 per cent in Singapore.

Only a third of respondents (31 per cent) currently use specialist meeting-room scheduling software to help make efficient use of their available space. Some of those surveyed believed that there was an opportunity to use artificial intelligence to book and use meeting rooms more effectively.

Peter Otto, Chief Product Officer at Condeco, said: “AI can release individuals from routine, repetitive tasks at work and free them up for more value-adding and enriching activities. That’s why it is likely to play an important role in meeting room booking software.”

Businesses are only just beginning to realise the extent to which the need for co-workers to meet in person is a thing of the past, as new conferencing systems enable teams to maintain real-time collaboration and conversation across vast distances and multiple time zones.

“Ultimately new technology will enable businesses to allocate their resources and time more effectively,” added Otto. “There is also a role it can play in gathering data, but companies need to be aware of the ethical and privacy aspects of using it in this way and be prepared to be fully transparent in communicating what they are doing to their employees.”

Statham said: “Business leaders hate uncertainty and work to eliminate it as much as possible, so it’s alarming to see that this is now a much greater concern in the UK, than in the other countries we surveyed. While businesses in other countries are able to focus on priorities such as recruitment, digital transformation and regulation, UK companies are likely to continue to be distracted by Brexit for at least another 12 months.”

The second most-common concern for UK respondents is regulation and compliance (34 per cent), suggesting that businesses are expecting these to be major issues over the next year.

Previous: Compliance: Wiring Regulations
Next: Mitie gets on board to support Birmingham Pride 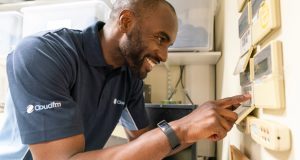 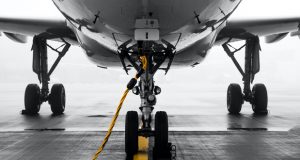