Cleaning projects are undervalued, argues Julian Fris, Director at FM Consultancy Neller Davies, but recognising the importance of presenting a clean, well maintained facility should not be overlooked

Cleaning is an under-valued profession but an extremely important component of every single business. Yet sadly it is taken for granted. As far as some are concerned, it’s as if a magic wand is waved during the night and everything in the office, factory, venue, restaurant, school, hospital is transformed. No effort, no fuss.

As with any form of interaction between people and organisations, first impressions are extremely important to guests, staff and occupants.

We are judged by how our space is presented, how clean the toilets are, whether our windows are smear-free, whether there’s build up of grime in the corners of the room and so on.

You’ll often hear comments such as: “Do they really care?”, “Do we want to eat there?”, “They have no pride in their appearance, what are they like as a company?”

If you look at this in a catering context; any chef isn’t going get a chance to show off their culinary skills as they will have lost the chance to impress already. Some may go as far as to question the cleanliness of the kitchen if the restaurant space is anything to go by.

As part of our continued research into service and innovation, we conducted surveys in all-inclusive resort hotels to assess key drivers for customers. We used this group to see if there were any elements the FM industry can learn from. We found that, the second most important element (after the beach and water sports) in this category was room cleanliness.

In hospitals, cleanliness and hygiene is a lifesaver and features highly in patient surveys. In fact it’s a major factor for everyone. However, there is a difference in perception when you move further up the chain. This isn’t always seen as a highly strategic point of difference. This has consequences.

In fact, it got so bad in the NHS a few years ago they had to rewrite the specifications, fund enforced deep cleans, and ensure that costs weren’t cut at the expense of patient care. I’m sure many remember MRSA, C-Diff, HCAIs – better cleaning has controlled these.

Good cleaning means longer asset life, less redecoration, happier customers and a better sense of wellbeing. It is a very scientific activity and it lends itself to innovation, change and improvement. Its not all mops and buckets, toilet brushes and minimum wage staff. It’s a world of innovation, motivation and influence.

Organisations which risk ratespaces and work out how much input they actually need before it goes out to bid (or do it themselves), will always have better outcomes. It helps to determine how much they can actually afford.

One of our favourite cleaning projects was for a major entertainment venue in London. This venue only closes for five days a year, the rest of the time it not only has a range of events in the auditorium but also in many of the side rooms and has multiple turnarounds a day.

When we started the venue was spending a seven-figure sum on cleaning, with two-thirds provided in-house at well-above market rate and low productivity; the rest by a contractor who ended up with less popular jobs. There was a ‘Maginot Line’ between the male and female toilets, in-house cleaned one, a contractor cleaned the other.

Everyone agreed that change was required but certain stakeholders were nervous about that situation. So we completely mapped the space, room usage with dimensions, access and utilisation which gave us a true cleanable area. (To the initiated this was the net internal area plus public circulation).

The target cost to clean all areas to the right standard ended up at two thirds of the existing budget. This convinced the CEO and stakeholders to market test after initial reluctance.

The outcome was that five bidders were shortlisted, very quickly two were excluded for not being compliant. Of the three shortlisted, the winner bid virtually on the benchmark, were appointed and proceeded to transform cleaning. Quality improved by 20 per cent, the auditorium was cleaned straight after performances (not the next day) and costs reduced. Job done.

We do this for everyone be they insurance firms, hospitals, schools, universities, visitor attractions and sports stadia. It’s fascinating that initially ambivalent clients really get engaged in the process once they realise they can actually influence change.

Cleaning companies just then need to bid sensibly and they can more carefully consider bringing innovation such as robotic scrubbing machines, video displays on hand dryers, flow cleaning, environmentally friendly cleaning materials and so on.

This ‘intelligent’ approach invests savings (usually 10-15 per cent ) back into staff pay, terms & conditions and we have strongly influenced clients to adopt the Living Wage. After all, 80 per cent of cleaning is ‘people cost’ and if you look after them properly they will become more engaged. In fact, many of the innovations come from the staff as they come up with new ways of doing things and better firm’s reward or award staff.

We shouldn’t relegate cleaners to the silent and invisible ‘passing ships in the night’ – they are singly the most important people in a hotel, hospital, restaurant, office or absolutely anywhere. They support brands, values and help show that organisations care about guests, staff and anybody they deal with.

Previous: Is It time to re-think two-way radios?
Next: Discover design 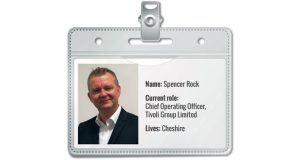 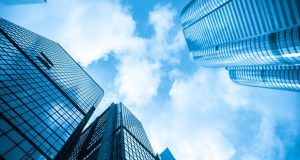 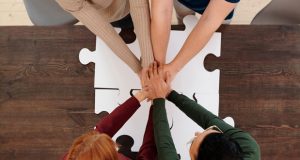