Stadiums all over England have been gearing up for the Rugby World Cup 2015 this autumn. Charlotte Boniface from Tork manufacturer SCA – looks at the types of washroom systems that help to minimise queuing and maximise hygiene during match day bottlenecks

The Rugby World Cup 2015 kicked off at Twickenham Stadium on September 18 and the final will be played at the same venue on October 31.

This is the first time that England – co-hosts in 1991 with Wales, Scotland, France and Ireland – will have been the sole organiser of the prestigious event. During the course of the tournament a total of 48 games will have been played at 13 stadiums nationwide.

The largest of these venues – Wembley Stadium – holds 90,000 spectators while Twickenham and Cardiff’s Millennium Stadium follow close behind with capacities of 81,605 and 74,154 respectively.

Crowd control marshals at each venue have been working hard to ensure that the fans stay happy, healthy and safe. But there are always problems to be addressed when large numbers of people descend on a single venue for a relatively short period of time.

Noise, unruly behaviour and litter are all potential issues at sports stadiums where excitement runs high. Another problem involves the toilets. Each stadium has ample washroom provision: Wembley alone has an impressive 2,618.

STATISTICS
However it is not easy to provide toilets for thousands of people who all want to use the facilities at once. A typical rugby game lasts around 80 minutes, unlike football, fans are permitted to drink alcohol throughout the match. They wont want to leave the stands while the game is on, which means that the pressure on the washrooms during half time and at the end of the match will be considerable.

Most people will be unwilling to stand in a queue at half time for fear of missing the opening minutes of the second half. And at the end of the match, everyone will be anxious to begin their journey home to avoid the crowds at nearby underground and railway stations. So any last-minute visit to the loo will need to be quick and easy.

In 2003 when England won the Rugby World Cup for the first time, some 80 per cent of rugby-match goers in the country were men according to internet research. However, female interest in the sport has been growing rapidly. And queuing is harder to avoid in the ladies’ washroom where each visitor requires a cubicle.

So it is clear that avoiding washroom bottlenecks at stadiums can be a challenge. Historically, too, there is a considerable amount of crowd dissatisfaction with the facilities at sports arenas which are often perceived to be messy, ill-equipped and unhygienic.

A survey carried out by ourselves at SCA revealed that 27 per cent of stadium visitors avoid using the washrooms during peak times such as intermissions. And a staggering 44 per cent claim to shun
stadium loos altogether, with a further 20 per cent admitting that they avoid drinking at such venues.

This situation is obviously unsatisfactory. Abstaining from drinking altogether during a match could be harmful to a visitor’s health on a hot day when dehydration might be an issue. A refusal to visit the drinks concession will also have a negative effect on the stadium’s profits.

And the discomfort and inconvenience felt by stadium visitors who are forced to queue – as well as those who refrain from using the facilities at all – will leave a negative impression among all those concerned.

EQUIPMENT
An ill-equipped washroom with insufficient toilet paper, soap or hand-drying facilities will create an adverse impression on the visitor and may even influence their view of the whole nation. So it is in everyone’s interests to ensure that efficient toilet provision is made at stadiums.

There are various ways that queues can be minimised. Washroom visitors will avoid those cubicles with blocked lavatories or no toilet paper, and this will rapidly lead to lengthening queues. So toilet paper supplies need to be kept topped up and any blockages should be avoided.

Hand hygiene provision is also important since the potential for cross-contamination at a crowded stadium is high. People leaving the washrooms and then purchasing a burger or sandwich immediately afterwards could contaminate that food item if their hands had not been thoroughly washed and dried first.

So hand washing facilities also need to be smooth and seamless to prevent frustrated washroom visitors from leaving the washroom without washing their hands at all.

Soaps at a stadium are usually supplied in a wall-mounted dispenser and the higher their capacity, the better. The best dispensers can contain 3,000 doses of soap per refill – more than three times the number contained in a standard liquid soap dispenser of the same size.

Air dryers are sometimes installed in high-traffic washrooms, but traditional warm-air dryers take up to 50 seconds to dry the hands. 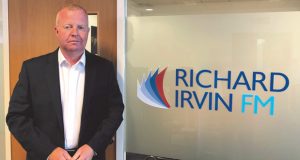 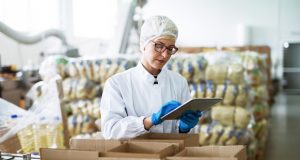 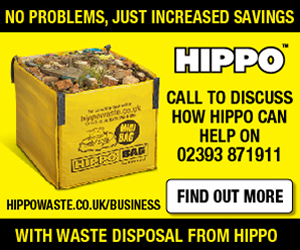