By now, many of us are used to ‘attending’ one to two-hour online webinars; but the idea of a day-long online conference as hosted by IFMA-RICS on 16 June 2020 seemed an ambitious concept. However, my overriding impression is that they pulled it off.

Chaired by the articulate and capable Rory Murphy, Commercial Director at Vinci Facilities the theme for the day was Resilience at the frontline – the future of FM. This brought together some interesting views on the current crisis, as well as discussions on how the sector could fare in the months and years to come.

As has become a tradition for the annual RICS conference, the event opened with an economic and market analysis by RICS’ Chief Economist, Simon Rubinsohn. He cited Oxford University statistics which warn that the picture for the economy is shrouded in uncertainty, with the worse-case scenario being a global financial crisis. From a sector specific standpoint, the stats from RICS’ quarterly FM survey reveal that the pandemic has had a mixed impact on demand for FM services. While retail has tailed off, demand for cleaning, alongside workplace and relocation management are predicted to be the fastest growing areas in the year ahead.

RICS latest survey included questions on the long-term effects of the pandemic – with just over a third believing less than 60 per cent of the workforce will return to the workplace as normal once lockdown restrictions are lifted. This had great resonance for the session on the future of the workplace hosted by David McGookin and Pam Coulson of Atalian Servest who noted that the management of buildings in the future will increasing depend on the role of data in helping us measure their purpose and performance.

This concept was explored further in a panel discussion on RICS’ new International Building Operations Standard (IBOS). This, as Chair Paul Bagust explained, is a data led piece of work that allows us to look at buildings from a holistic perspective. Nicholas Caton, Commercial Director – CRE, Barclays described it as putting people at the centre of the agenda to help them feel safe and energised: “If you want to attract the best talent and get it to perform in the way you want it to, put people at the heart of everything you do.”

Tim Oldman, CEO, Leesman was on hand for two sessions – the first an overview of the initial results of Leesman’s Global Home Working survey. While Oldman was at pains to point out the results are preliminary, with huge variability within the data so far, some key factors did emerge. The most notable for me was that noise is a productivity killer, with many respondents saying they’re able to concentrate better at home. Conversely, not being physically present in a workplace with all the attendant benefits of social interaction results in a loss of serendipity – that chance workplace encounter that might lead to creative outcomes.

The survey also suggested that younger employees feel their career development is on ice, an issue addressed during the talk by David Sharp, CEO of International Workplace in his presentation on digital learning. The future for FM is around performance support he said and so the pandemic could be seen as an opportunity to go back to basics and look at how you’re set up to deliver digital learning within your organisation. He finished with a call to arms for FMs to have an open mind to innovate and do things differently.

Effective leadership has never been more crucial. We’re going to need good people to take the FM sector through the current crisis and beyond, so it was encouraging to hear from an inspiring bunch of FM leaders on how that might happen. Moderator Rory Murphy was joined by Mark Tyson, Head of Property Operations, L&G Investment, Lucy Jeynes, MD of Larch Consulting and Tim Oldman in his second session of the day.

Topics ranged from people’s worries about travelling to work on public transport to what the workplace will actually be for when they get there. Tyson pointed out that the challenge is that the new normal has yet to be established, while Oldman remarked that employers are in danger of ‘sentiment drift’ as employees ‘drift away’ from feeling part of the organisation. Jeynes also reminded us of the disparate profiles of workers in terms of age, class and income and how moving to a distributed working from home environment may disadvantage those who don’t have the space or facilities to perform to their best ability.

It was refreshing that the conference programme included sessions on wider FM issues, including the growing importance of wellbeing on engagement and performance and in a panel session, FM’s social impact on the built environment, which included an overview of RICS Value the Planet campaign.

The closing keynote looked to the future, with a panel of the next generation of FM leaders on the major shifts they think will transform the profession. A perennial problem in FM is in encouraging people promoted for their operational excellence to take on a more strategic, leadership role. Matthew Kane of Business Moves Group advised that (like his own experience), people are recruited with the necessary back end management skills and given front end experience by working for a time in an operational function.

Delivering a conference online wasn’t an easy task, there were a few connection problems with some of the speakers, and the networking aspect is null and void. But RICS delivered a thoughtful and inspiring virtual conference which radiated a positive message on the direction of travel for both the Institute and the FM sector as a whole. 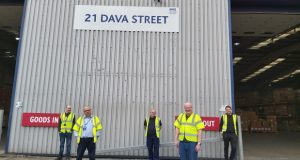 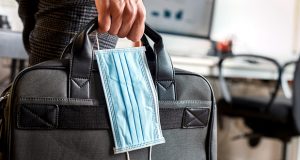 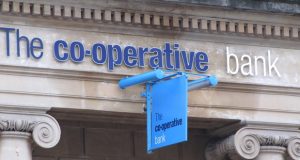