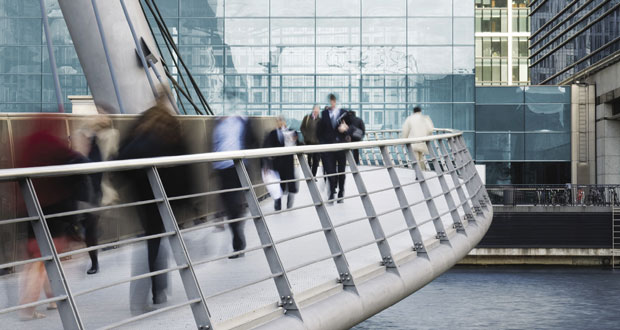 The latest office occupancy data from workplace technology company Freespace has revealed obvious geographical differences for preferred days of the week to visit the office.

Freespace believes these predictable occupancy patterns presents an opportunity to make buildings more responsive which will help them lower their carbon footprint.

Raj Krishnamurthy, Freespace CEO commented: “As we emerge from the pandemic into early normality of work life, some interesting differences are emerging in offices across the world.

“Weekly usage patterns are highlighting differences in work cultures around the world. While occupancy still remains low – around 42 per cent of offices with 10 per cent or more staff – there is a distinct difference in usage between Asia offices and that in Europe or Americas. Usage of offices in Asia is spread evenly through the week, compared to a more pronounced occupancy midweek in the western geographies.

“Looking at the detail, the data also reveals that such behaviour is remarkably predictable and consistent across individual buildings. Predictable occupancy patterns presents a huge opportunity to make buildings more responsive to occupancy and thereby lower its carbon footprint. Restricting occupancy to designated floors of a building during times of low occupancy can lower heating and ventilation load, reduce elevator miles, lower cleaning chemical demand and increase staff productivity while making a substantial reduction to greenhouse gas contributions from this activity. Such impact can be delivered particularly in multi-floor operations of large businesses that can reconfigure their floors to become flexible and dynamic.”

Freespace is a workplace tech company which has so far deployed over 120,000 workplace sensors in corporate offices providing an insight into working patterns and office utilisation, supporting the ‘return to work’ across 130 cities, in 80 countries, and five continents.