BREAKING NEWS
Home / Event / All in the mind All in the mind

Changing mindsets through leadership was the topic for discussion at the latest Quora Smartworking Summit, which took place in September at ExCeL London

They were there to discuss the theme ‘changing mindsets through leadership, which sets the tone for organisational culture and performance’. As John Blackwell, Quora’s Managing Director, explained: “When we’re looking at changing the mindset, we’re doing it from a collective position, but everyone is different. We need to work towards helping individuals achieve something which they collectively want to move forward on.”

Organisations need to begin by determining the culture of their organisation, including the profession from which its leadership is drawn, as that can have a huge influence on the direction of travel. Aligned to that, noted one speaker, is the difficulty of changing an organisational mindset when it is so influenced by the past. “How much is the workplace of tomorrow formed by that of the workplace of yesterday, when so much of where we are heading is influenced from where we come from.”

Even when employees are enthusiastic about their job, their perspectives are probably much more diverse than their leadership realises. It was pointed out that the individuals on a board of directors at a major corporate are highly successful people, which means by definition they are not representative of the majority of staff within their company. This means employees may not view their relationship with the business in the same way as senior management. While the leadership tends to have a strategy regarding where the business is going, the staff think of the organisation ultimately as their bosses’ business, and the leadership as the people who ‘own’ the culture of the organisation.

MIDDLE WAY
All the speakers agreed that middle management – a crucial layer between senior leaders and staff – was where the mindset of an organisation can get muddled. The problem is that middle managers who are promoted because they’re good at their primary job may be given basic management training, but not effectively taught how to manage people. One speaker commented: “If you’re a leader who believes your middle manager doesn’t think ahead very well, that’s your problem. And if you’re incentivising them to hit next quarter’s results and that’s all you’re paying them for, why should they think about the long-term future? You’ve given them a very clear signal that it’s all about short-term results, so if you want them to think about the future, ask them what they think and reward them properly for doing it.”

It’s often middle managers who are at the front line when it comes to finding ways of getting fresh recruits into an organisation and motivating them. As one speaker put it: “We’ve got to help make these people sort of ‘ninja managers’, become brilliant at helping to form mindsets and become qualified to do the bidding of the leadership team.”

PRICE OF DIGITAL DISRUPTION
We keep hearing about the benefits of digital disruption, but there’s a price to pay as well. According to research, the average UK worker spends 16 hours a week in meetings, the average manager 23 hours, and most people wade through an average of 140 emails a day. “This means before you begin your job every day, you’ve an assault course to get through,” said Bruce Daisley.

He recalled how Sandy Pentland of MIT put the SMS of a mobile phone into a lanyard to help determine what creative workplaces and unproductive workplaces look like. Pentland observed that even though email makes up about 40 per cent of our working day, it accounted for close to zero for productivity. Meetings account for a similarly large burden and contribute around four per cent to productivity. Pentland concluded that the best behavioural contribution to output and innovation is simple face-to-face chat.

This, suggested Daisley, means that organisations must mentor their staff to help them manage their own availability. He called for bosses to stop the “infantilisation of adults and allow people to decide themselves what is the best way to manage their work volume”.

Most of us have noticed that more and more people are wearing headphones in offices to cut out the distractions – a trend often attributed to the influence of the young. But, said Daisley, it’s a mistake to blame young people “rather than admitting we’ve created a dysfunctional workplace”.

The idea that you can get work done in such busy and disruptive environments will be laughed at in 20 years, he predicted. “The problem now is that productivity is too often mixed up with looking busy. Think of the prolific output of Charles Dickens, who didn’t work afternoons. If he was being appraised now, managers would complain he wouldn’t attend a meeting at 3pm.”

CULTURE WARS
The main issue with culture initiatives is that sometimes they try to mandate a personality trait, for instance presuming that everyone wants a collaborative workplace, when in reality some people perform best when carrying out solo tasks. Also, many organisations foster the idea of a ‘presumed mission’ even within a huge corporate multinational business. One suggested solution was to encourage small team cultures that align around a shared set of values rather than trying to create a homogenous company culture.

A similar and very salient point made by another speaker was: “Why does the work culture often vary so much from human culture? Why is it that the person you are at work is not always the person you are at home or with friends, and how can organisations encourage their people to be who they really are?” This aspect was explored in a further discussion on diversity, with the proposition that for many people, ‘feeling other’ may not be to do with their gender, race or age. There are many layers of otherness that may make people feel excluded, from moving into a job from a different sector to having a different accent.

Just as fish are not aware they are in water, leadership can often miss the obvious factors which influence mindsets. They need to consider the perspective of each and every workplace and own the issue in order for mindset change to happen. It’s not good enough to want clones of the people you’ve already got who are different to only a slight degree. If the only thing in your mind is cultural fit when recruiting, you’re never going to achieve diversity. 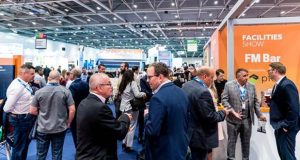