The RICS World Built Environment Forum Summit reconvened in London on 23rd and 24th April with a focus on the commercial strategies needed to harness the enormous potential of the 21st century’s people and places. Sara Bean reports

The inaugural RICS World Built Environment Forum took place in Washington DC in 2016, moved to Shanghai in 2017 and this year London took centre stage, when more than 1,000 industry professionals from 40 different countries attended the packed event.

Under the programme title ‘Our Changing World — Urbanisation, Innovation and Civilisation’, the purpose of the Summit was to look at the three driving forces of industrial transformation, urbanisation and digitalisation, and their profound impacts on the planet’s natural and built environment. Summit chair, broadcaster James Chau outlined these themes before introducing John Hughes the President of RICS who elaborated on some of the key challenges facing the built environment, especially that of climate change.

He said: “We need to ask how we can work to shape a positive outcome for the built environment and the dialogue we’ll have over the next two days will help guide us to some of the answers.”

He also warned that the property sector should be benefiting more from new technology and it is time that the built environment seizes the chances that these changes offer.

Who better to explore this theme than keynote speaker JB Straubel the Chief Technical Officer at Tesla and part of its founding team who expounded on the importance of harnessing innovation in order to join the “ranks of the disruptors, not the disrupted.”

Tesla of course is most famous for its innovation within the car market, where since its foundation barely 15-years ago has managed to banish the image of the ‘golf cart’ electric car to history. But as Straubel explained, Tesla’s founders weren’t thinking about building cars, they were more interested in bringing about a global transition to sustainable energy.

Responding to the challenge of enabling electric vehicles to recharge, Tesla has even created its own supercharge network – rolling it out across the US and abroad. With supercharger stations opening roughly every 30 minutes somewhere in the world, this network is the key part of the value chain, with the closest analogy being the mobile phone market, as early adopters of cellular technology needed to first ensure they could get coverage wherever they used their phones.

Tesla sees the future of cities as electric and recognising the key role of the lithium ion battery in helping achieve this aim, the company is currently creating a superfactory to produce them.

Explained Straubel: “When we started to grasp that to enable us to realise the dream of moving people to battery power, we created something we call the Gigafactory as the place to create it. We also wanted the lowest cost of energy production and to walk the walk, so we set up a goal to make it a net zero energy factory, which means it is powered by renewable sources.”

The site currently has over 10,000 people on site every day and has taken on the unique challenge of eschewing fossil fuels and going for an entirely energy neutral site, so for instance by deliberately cutting off a link to natural gas Tesla has been forced to innovate using heat pumping, which is much more energy efficient and means that air emissions are minimal.

Taking up this theme which would be explored again during the conference, Straubel said: “I would argue that our cities should become all electric because that is what enables the options for sustainability over time. If you build an infrastructure from fossil fuels it’s very hard to get away from that and make it sustainable. Once you start using electric as your energy carrier you can start sourcing that from solar and other renewables over time and at lower cost. This way you also have the benefits of air quality being better in our cities.” 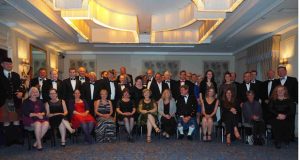 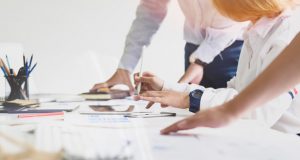 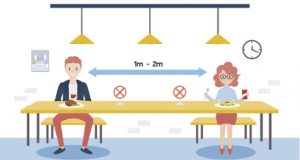