Clean sweep or brush off?

Brexit or no-Brexit, deadlines are looming and for the cleaning industry – and its FM clients – change is afoot. Dominic Ponniah, CEO of Cleanology, explains

Brexit is proving to be the defining European geopolitical and economic event of the decade, if not the century. We are already hearing concerns from manufacturers on the impact of moving goods and products between countries if negotiations result in a no-deal Brexit; in industries such as cleaning, businesses are working behind the scenes to gauge potential workforce shortages, and the effect these might have on customers in the FM sector.

At the moment, over 9,000 cleaning companies operate across the UK. The industry is worth a staggering £8 billion per year, and we employ more than 500,000 people. As a sector with a high level of overseas workers, these factors combine to make us – in Brexit terms – a very significant industry. The question is, how will Brexit affect us, and what will that mean for our clients?

Across the UK, workers coming from elsewhere amounts to 18 per cent of the workforce, but different industries report vastly different figures. For example, 40 per cent of doctors in the NHS come from abroad. In cleaning, the figure is 24 per cent.

However, even these statistics can be misleading. At Cleanology, we focus on three major sectors – offices, retail and hospitality, and clean for a client base including the Bank of Brazil, Harrods and Dishoom. We actively encourage diversity in our workforce and, as a result, 79 per cent of our workforce comes from outside the UK.

Due to the high level of workers in our business coming from the EU – 61 per cent – Cleanology has been considering the potential impact of Brexit for some time. We believe resourcing, wages, and sourcing of equipment and materials will be affected.

A recent survey in the cleaning sector trade press backs this up, showing that 67 per cent think the price and availability of equipment and materials will see the greatest impact, while just over three quarters believe their workforce will be affected. Interestingly, 64 per cent of respondents said they wanted to leave the single market but, contradictorily, 82 per cent also said they want to be able to hire easily from the EU.

RESOURCING
Our research has shown resourcing to be the greatest issue within the industry. This is likely to vary regionally, but metropolitan areas face the greatest risk.

Many are surprised to hear that resourcing is already proving a challenge for some companies before Brexit. A decent proportion of cleaners come to the UK from Eastern Europe so, as they experience falling unemployment and rising house prices at home, workers are less likely to travel to seek employment. Equally, as the value of the pound falls against the euro, the real value of cash earned by Europeans in the UK is a fifth of the pre-referendum value, which makes the prospect of working and earning in the UK much less attractive.

In addition, we are hearing of considerable uncertainty around Brexit, which is causing Europeans to return to their own countries and, lastly, but not insignificantly, the UK is enjoying the lowest rates of unemployment, and highest employment for many years. This means there are simply less people available to recruit – companies that attracted 100 replies to job adverts a year ago have received just five respondents in 2018.

Moves are taking place to shore up businesses against current and future shortages in resourcing. The first obvious step is to create more full-time roles. This also comes with the benefit of greater buy-in from staff and added retention, so it makes sense.

Part time staff can also be offered extended work, with night cleaning becoming more standard when appropriate. At Cleanology, we will also be driving higher productivity from our teams. However, we ask for support from our customers in the form of backing for the ‘real living wage’, the voluntary UK Living Wage of £8.75 per hour or, in London, £10.20 per hour. Even without a move to the UK Living Wage, we believe wages are set to rise for both operative and middle management. Brexit is undoubtedly going to push wages and prices upwards. As an industry, we need to prepare our clients for this.

EQUIPMENT AND MATERIALS
Overall, the consensus is that the cost of equipment and materials is likely to rise. We are already seeing this as imports are now more expensive with the fall of the pound. Long term, we expect purchasing to shift from Europe to the USA and Far East.

Although current negotiations are not clear on the likely trade deal to be agreed, there remains a possibility of tariffs being imposed and delays at borders – at least in the early days of Brexit – with the creation of new customs arrangements.

CUT BACKS
Clients with European operations might look to reduce their UK office premises, which may have a knock-on effect of cutting demand for office space across the country, and a subsequent fall in the size of the contract cleaning sector. Others may delay major decisions on office moves, investment decisions and suppliers.

As the economic impact of Brexit bites certain industries, clients will look to reduce overheads, including their cleaning bill. The result will be reduced budgets and the industry having to come up with even more creative ideas for cleaning buildings on lower budgets.

OPPORTUNITIES
On a happier note, the changes brought about by Brexit will bring long-overdue benefits in some areas.

With resourcing identified as our greatest Brexit challenge, staff retention is more important than ever. Aside from pay rises, greater levels of training and investment in people will play an important part, resulting in a more skilled, satisfied workforce.

We may see greater investment in the tools we give our staff, such as more efficient, less labour-intensive machinery which makes the job easier and more technologically advanced. However, investment in staff, with real and meaningful opportunities for career progression will contribute to staff retention, greater stability, and a more productive workforce.

Previous: Ecophon strengthens its solo offer
Next: Career Ladder talks to the Account Director at Anabas 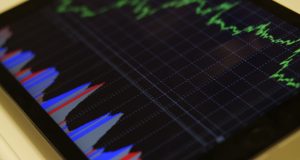 MSS Group reports a record year for the business 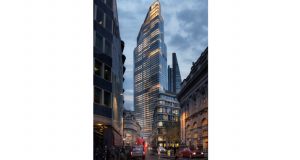 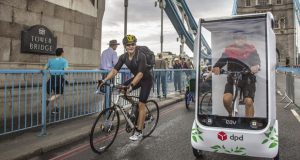