BuroHappold appointed two of the school’s students to investigate the findings further: one focused on air-quality in the basement workshops, the other on thermal comfort in the upper floor offices. The researchers found that the thermal comfort issue on the upper floors was due to large numbers of students using the building at weekends, particularly when coursework submissions are due, when the chilled beams in the main building were programmed to be switched off. The solution was simply to periodically adjust the HVAC time controls throughout the year to align with periods when coursework submissions were due and the building was expected to be in use for extended hours.

The building is now performing well in terms of operational energy. The refurbished scheme uses 60 per cent less energy per square metre than before, which is equivalent to a 33 per cent reduction in absolute energy use, despite floor area increasing from 5260m² to 8887m².

COMMERCIAL PROJECT WINNER
The Institute of Physics (IoP) new headquarters building, which won the Commercial Project of the Year, is pioneering the use of innovative technologies as part of the IoP’s strategy to showcase the value of physics to society and to demonstrate the impact physics has on the way we live our lives. The building’s services have therefore been designed to incorporate extensive metering and measurement so that the IoP’s headquarters can be a ‘Living Laboratory’. The IoP’s intention is that by making the building’s operational and energy data generally available, the public will be encouraged to investigate how the building works and may even be tempted to make suggestions as to how its operation could be improved in the future. The building is also a showcase for innovative technologies, its sustainable credentials include: an innovative geothermal pile system; the use of thermal mass to minimise cooling loads; the use of an adaptive set-point to control internal temperatures; and a mixed-mode ventilation system.

In spring and autumn, the building can be operated in natural ventilation mode. In summer and winter, mechanical ventilation is used to maintain comfort conditions. To minimise energy use, fresh air rates are controlled based on CO² levels. Supply air is heated, or cooled, using a GSHP connected to a geothermal borehole system incorporating GeoKOAX heat exchangers – the first time the system has been used in the UK.

The GSHP is the primary source of heat for the building. It is designed to run at 40°C flow, 30°C return. A gas-fired boiler (80°C flow/60°C return) provides top-up heat for cold mornings (and heating back-up) in addition to heating the domestic hot water.

The GSHP also supplies chilled water to underfloor air terminal units at a flow temperature of between 9°C and 14°C, with a return temperature of 17°C to help keep the office and public spaces comfortable. The use of electricity to generate heating and cooling is also prescient given the likely move away from gas as fuel for heating in forthcoming changes to the Building Regulations. In this instance, the use of a heat pump heating and cooling solution was in response to the IoP’s wishes to minimise emissions from gas combustion in the building’s city centre location and in curtailing heat rejection to the urban environment from the cooling system.

Developing a predominantly electric solution for the headquarters was not without its challenges. At the time the scheme was designed, the carbon factor for electricity was unrealistically high (because it failed to take into account the increased amount of renewable generation), which meant that compliance legislation favoured gas.

Now, however, legislation is catching up with decarbonisation of the electricity grid, so that on paper the IoP building would appear to perform significantly better in terms of carbon emissions now than it did at the time of its design. In other words, it was ahead of its time – making it an appropriate headquarters for an organisation with a mission to showcase the value of physics to society and a worthy winner of a CIBSE Building Performance Award. For more information on the Building Performance Awards, and all other CIBSE activity, please go to www.cibse.org

Previous: Incoming CIBSE President says “business as usual” should not be the aim
Next: Veolia to optimise energy across three key hospitals 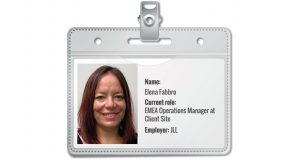 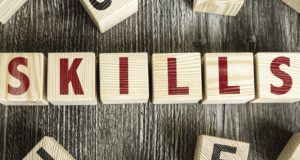