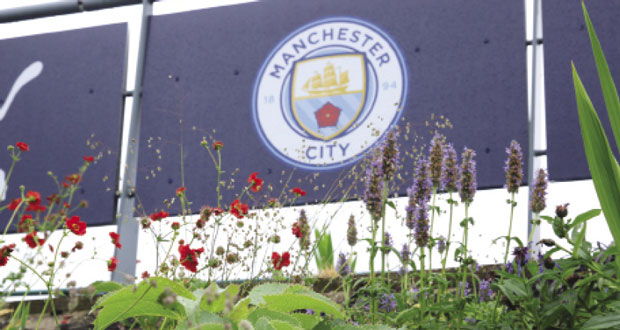 Built on a former chemical plant, Manchester City’s 80-acre training complex was opened in November 2014 and included a 7,000-capacity stadium, 16.5 pitches, education facilities and medical and sports science services. The Etihad Campus, which is used by the first team, the women’s team and the academy, is visually stunning thanks to a mix of modern architecture and inspiring landscapes. What is less known about the site is that it has now married a thriving biodiversity programme, with being one of the most enviable footballing facilities in the world.

At the heart of the environmental programme at Manchester City, exists a seven-year sustainability and biodiversity plan (which is almost halfway complete) to enhance the biodiversity value of the training area, while establishing a more sustainable maintenance programme.

idverde began working at Manchester City in 2016 and started by creating a grounds care structure that worked with the environment.

The sustainability and biodiversity plan provided an opportunity to adapt traditional maintenance regimes to one of need rather than rotas (the latter traditional approach often sees work done on schedule rather than need). With a more flexible regime, the idverde team spent less time mowing grass and more time hand weeding beds, removing the need for herbicide usage and this also allowed for the creation of chemical-free zones across the estate. This relaxation of chemical applications has allowed pollinator-boosting wildflower species such as Dandelion, Daisy, Hawk’s-beards and Cuckoo-flower to flourish. This simple step has allowed the numbers of invertebrate species to also increase exponentially.

To support increased wildlife, idverde introduced a traditional long-grass maintenance regime with a twice-yearly cut, which resulted in the overall area of grass meadow on the estate increasing by 30 per cent. The advantages of the meadow are that it is significant in creating a biodiverse ecology and supporting native species through pollen, nectar, seed and shelter.

To better understand and benchmark the impact of improvements, the site’s ecology is measured regularly throughout the year with idverde wildlife surveys, where all animal life is counted on site. These surveys have led to some fascinating findings and local people will be interested to know that the growth in biodiversity has seen some new visitors to Manchester.

Being a world-class complex, the visual attractiveness of the site is also an important part of the project. idverde moved away from the block planting and woody shrubs inherited when they began work on site and instead have introduced softer planting schemes using free-flowing designs that draw the eye. This not only provides increased biodiversity through the introduction of pollinator-friendly plants that support the sustainability goals of Manchester City but also provides a visually pleasing aesthetic that engages passers-by and emotes positive feelings.

This is best seen in the use of the HQ entrance bed which has employed two separate but merging colour schemes (hot to cool) with elements of texture, movement and structure. The bed has also incorporated elements from around the site, such as the architectural logs that have been drilled out to create a habitat for solitary bees and wasps, and the curving pebble path. This bed was designed specifically to look visually stunning to visitors entering the site, but also to maximise pollinator activity using as many RHS Plants-For-Pollinators varieties as possible.

FAR FROM COSTING THE EARTH

What might be surprising to learn is that many of the changes, while promoting aesthetics and biodiversity, have been achieved with no monetary increase in the project. It is about doing things smarter. For example, by creating chemical-free zones the costs previously provisioned for fertilizer could be put towards further on-site improvements and added value, such as bird feeders, bird boxes, bee boxes, native wildflower seed and more.

There has always been an ethos of ‘reuse and recycle’ and during shrub bed renovations, many plants were lifted, split and planted to fill gaps, or even make new features elsewhere. This has greatly reduced the need to send anything to green-waste or have new stock delivered when it is not necessary.

Daniel Lewis, Landscape Contract Manager at Manchester City Football Club, commented: “This has been a project that has evolved into much more than a mundane job list of maintenance tasks. We are working with nature to enhance and develop schemes that are an exception at the moment, but we hope to make the norm in future. We have been challenged throughout and the learning curve has been steep, but this is what has made it so exciting. Just as goals are needed on the pitch for success our goal is to provide a world class environment for excellence and nature to be nurtured.”

The work has shown the footballing community that you can create a vibrant floral environment integrated with biodiversity and sustainability at no extra cost. Working smartly, providing innovation and sustainability whilst meeting the high expectations of Manchester City, idverde is proud to have helped the evolution of the Etihad Campus from contaminated chemical land to a world-class football facility to a beacon of biodiversity that all amenity-related landowners can learn from. 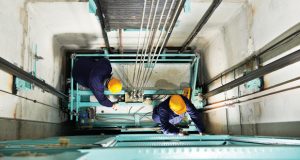 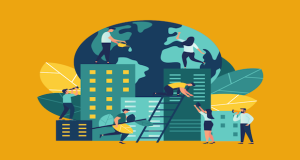 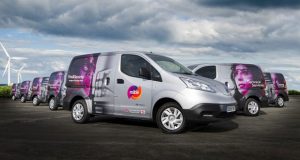