Conversations around the future of facilities management often focus on how the sector needs to build a stronger foundation for the next generation of FM leaders. The IWFM has developed a Workplace Leadership solution, which it has described as part of the IWFM Academy (see References, note 1) ‘dedicated to producing the leaders who will develop the workplaces of the future’, while RICS is offering qualifications that provide professional status to aspiring FM leaders(2).

However, both institutes acknowledge that it is up to employers to make their own contributions to learning and development. RICS’ strategic FM case studies on social value, published in 2017 (3), refer to the Future Leaders programme run by FM provider Servest. Through its partnership and centre status with the Institute of Leadership and Management (ILM), the programme offers employees the chance to develop and progress their careers. Qualifications range from level 3 up to level 7, encompassing roles from frontline supervisors (Pioneers) to senior managers (Alchemists), who can gain a level 7 ILM award and certificate in leadership and management.

Servest and French facilities services provider Atalian Group recently joined forces (4) to create Atalian Servest – one of the world’s largest facilities services providers, with a turnover of more than €3 billion and 125,000-plus employees looking after clients in 33 countries. The Future Leaders programme continues to operate, and with the company realigned as a global player, many of those who took part in the earlier programme are now at its helm.

Matt Chapman joined the company in 2011 as Retail Sales Director, rising to Divisional Director and then Head of Client Solutions and Strategy. He moved to Interserve in 2015 but rejoined Atalian Servest in September this year as Chief Marketing and Development Officer (UK & Ireland), in charge of driving consistency across sales and marketing, developing the group’s wider business and brand strategy, and expanding into target sectors. Chapman originally wanted to be a sports agent, and after completing a degree in law worked in a marketing role at BMW followed by a stint at the Guardian newspaper during its change from broadsheet to Berliner and online. He then joined Arsenal football club, where he was a member of the project management and premium consultancy team finalising the premium areas of the Emirates Stadium.

When the then CEO of Servest, Rob Legge, now Atalian Servest Group Chief Operating Officer, told him of his plans to evolve the cleaning company into an FM provider, Chapman realised what he enjoyed most about his work was “developing something and making positive change, and [Servest] felt like something I could get stuck into.”

He moved to multinational support services and construction company Interserve in 2015 to get some experience of a corporate giant. When, three and a half years into his time with the company he was about to join another FM provider, Daniel Dickson, Chief Executive of Atalian Servest (UK & Ireland), approached him. “A few of us on the board had gone through the Alchemist leadership programme at Servest, and Daniel asked me to come in on this role.”

Being mixed race, Chapman says he “originally struggled with the lack of overall diversity in the FM sector, and Daniel was telling me he’d address it as he was essentially creating a new ‘cabinet’ and wanted me to be a part of it, so the move back was essentially a no-brainer. That, alongside the merger with Atalian, meant there is a whole new era of culture and change.”

The new role comes with a position on the UK board as well as a merge of two functions, group sales and marketing. “We also identified that corporate social responsibility needed to be at board level,” says Chapman, “as although we had a CSR manager there wasn’t any board representation. It’s something I’m passionate about as I completed a course at the University of Cambridge on business sustainability management, so that now is an additional responsibility too.”

Chapman has rejoined a very different company from the one he left. He says there has been a period of transition as the new CEO focused on keeping business on track financially, while ensuring the strong skills of its leadership team were embedded into the new culture.

“We know what Atalian expect of us,” says Chapman. “We’ve listened to our people and what they loved about the previous era, and now it’s about bringing the two together. When I first joined in 2011 the annual turnover was around £40 million, and now in the UK we will be finishing over £700 million – and the Atalian group turnover is over €3 billion. But because the majority of the board were here when it was Servest and grew up in that era, whatever the size of the organisation we appreciate that the best way forward is to ensure that all of the teams have the same culture and ethos, and aim to achieve the same common goals.” 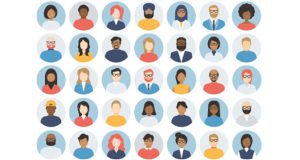 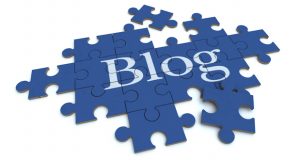 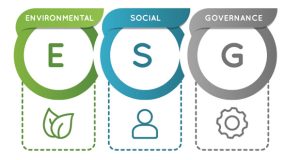 The challenges and opportunities of integrating ESG into organisations