For over 40 years, the National Security Inspectorate (NSI) has helped protect organisations by providing robust, high quality, independent audits of security and fire safety service providers. During that time, we have witnessed the rapid advance of technology delivering cost savings, improving reliability and enhancing safety. Increasing sophistication with features such as ANPR (automatic number plate recognition) and video analytics delivering far more value in security terms than was ever imagined even a decade ago.

With ever-evolving technology solutions, a key consideration for any purchaser is confidence in companies chosen to deliver security and fire safety services as working to the highest standards.

STANDARDS EXPLAINED
Standards provide a benchmark for sound working practice. In the security and fire safety sectors recognised UK standards govern a range of security systems installation, alarm receiving centres – which can monitor both fire and/or security alarms and guarding services. The standards for the fire and security services themselves are of course important, as is the corporate management framework, i.e. how the business itself is managed, including its technology footprint. These include quality, environmental, and health and safety management systems which are all subject to standards; ISO 9001 being the most widely known. Working to these standards is playing a fundamental role in raising the levels of professionalism in the security sector, particularly in the context of the evolving use of technology.

Formally recognised standards are an integral part of raising the levels of professionalism – if effectively implemented. Ongoing verification of compliance through independent, competent auditing and assessment ensures service providers can demonstrate their professionalism to both clients and the community at large.

BODY WORN VIDEO: A CASE IN POINT
Body worn video cameras (BWV) have become an everyday tool in protecting people who work in public spaces. Although ambulance crews, train staff teams and the Police have been the most high profile examples, adoption by private security companies has also been rapid. Their deployment to capture evidence, increasing accountability for the benefit of all parties, as well as being a deterrent for anti-social and violent behaviour is widely understood. Some devices feature a reverse screen that acts as a mirror. Should a member of the public become aggressive, often seeing their actions projected on screen can be sufficient to diffuse a situation.

A Cambridge University study reviewed 1.5 million beat hours across more than 4,000 shifts by Police officers in the UK and California. It concluded that wearing BWV reduced complaints against officers by 93 per cent.

In 2014 the Surveillance Camera Commissioner stated that BWV should be used proportionately, transparently and effectively. In response to increasing deployment in 2017 the British Standard BS 8593 was published, a code of practice for the deployment and use of BWV.

Uniquely the standard is applicable to BWV users and system owners, as well as suppliers, taking in to account how data, both visual and audio, is captured, reviewed and stored.

NSI is currently piloting a new scheme with a public sector organisation to ensure that the standards for new technology, in this instance BWV, are represented in the portfolio of approval schemes. WHY CHOOSE AN INDEPENDENTLY APPROVED CONTRACTOR?
Independently assessed organisations awarded a Certificate of Approval provide consumers with a means of checking competence. In a demand-driven market consumers seeking proof of competence as part of their selection criteria, can shortlist suppliers holding the appropriate Certificate of Approval, i.e. meeting required standards.

The main reason for choosing an organisation holding certification is the confidence of knowing it has been audited by an independent third party certification body and found to be compliant.

Here are two key aspects that should be considered as part of the supplier selection process:

1) Check the suppliers’ Certificates of Approval. Are they valid? Are they issued by a UKAS (UK Accreditation Service) accredited body? You can learn more about UKAS at www.youtube.com/watch?v=gBQV2A-M45c. Certification by an independent body is a much stronger endorsement of competence than self-certification some organisations profess.

2) Check the Certificate of Approval is directly relevant to the products and services being sourced, and not insufficient or misleading. If necessary check directly with the issuing Body what the certificate is for.

To find NSI approved companies offering a wide range of security and fire safety services search “Find a Company” at www.nsi.org.uk. Keep up to date with the latest developments on the new body worn video approval by following us on Twitter: @NSI_Approved. 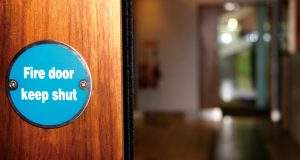 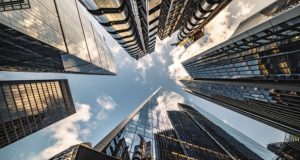 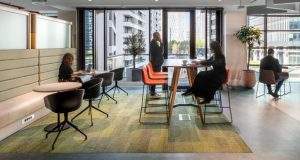