When you look at the energy legislation landscape for the UK, you can see its history is not that old. In the last 10 to 20 years, the energy industry has seen some of the most important legislation come into force – and some of it has already been abolished.

Following a consultation with the Department of Energy and Climate Change, HM Treasury, and MP Damian Hinds in March 2016, the Chancellor of the Exchequer announced that the government had decided to close the Carbon Reduction Commitment (CRC) scheme and replace it with an increase in Climate Change Levy (CCL). CRC is now in its last phase and is due to end this year. On 1 April 2019, the proposed changes to CCL came into effect with an average increase of 51 per cent.

In 2015, the Department for Business, Energy and Industrial Strategy (BEIS) launched a public consultation, ‘Reforming the business energy efficiency tax landscape’, and published the results in 2016. The department continued to work with industry on the development of this framework and gave presentations at various events, including EMEX. In late 2017, BEIS held a streamlined energy and carbon reporting (SECR) launch event, with further events hosted at its head office. The consultation closed on 4 January 2018.

Following this extensive consultation, in July 2018 the UK government announced its proposed approach to simplifying energy and carbon reporting for business and industry with the introduction of the new SECR framework. With CRC ending, CCL rates increasing and the launch of SECR, the government calculated a net societal benefit of £698 million.

In January 2019 the government released the publication ‘Environmental Reporting Guidelines: including streamlined energy and carbon reporting guidance.’ The new environmental reporting guidelines, which came into effect on 1 April 2019, replaced the guidance on mandatory greenhouse gas reporting (MGHG) included in the previous version of the guidance. All quoted companies officially listed on the London Stock Exchange (or officially listed in a European economics state, or admitted to dealing on either the New York Stock Exchange or NASDAQ) are now required to report their total global energy use and information relating to action on energy efficiency, alongside the methodology used to calculate the new and existing disclosure requirements (see Table 1 below). SECR will also apply to all large incorporated unquoted companies that satisfy two or more of the following criteria: at least 250 staff, annual turnover greater than £36 million, and annual balance sheet total greater than £18 million.

This has been chosen based on the responses from the consultation and is taken from the Companies Act 2006. Limited liability partnerships (LLPs) are also required to include SECR information in their annual reports. SECR will be reported annually through directors’ reports; in the case of charitable companies, the reporting should be in the combined directors’ and trustees’ annual report. 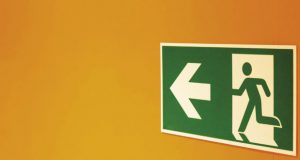