LEDs have become the technology of choice for most new lighting installations. But what savings and benefits do today’s LEDs actually deliver?

LED technology has evolved from a disruptive new technology regarded with suspicion to the standard of choice for most new installations today. It’s easy to see why. With its long life and low energy consumption, LED lighting has put an end to the era of uneconomical, environmentally-unfriendly light, generating real cost savings for building and facilities managers.

Explains Nick Farraway, Vice President and General Manager, Cree Europe: “Shortly after LEDs came onto the market in the early 2000s, the industry experienced a rush to the bottom in terms of both pricing and quality. We are now seeing a surge in demand for high-quality LED lighting and new interest in the performance and specific features of LED lighting products. It has become clear that real opportunities lie in LED technology’s ability to go beyond just creating ‘good’ lighting and energy savings.”

An LED lighting system has the ability to deliver a range of benefits, from helping companies and communities hit their sustainability targets to improving productivity, safety and wellness in the workplace.

However, the biggest attraction for hard-pressed facilities managers is likely to be the energy- (and therefore cost-) saving potential of replacing older systems with LED technology. Switching to LEDs is claimed to reduce an organisation’s energy usage by up to 70 per cent. Farraway cites the experience of manufacturing company The Forgital Group, which installed Cree LED luminaires across its Velo d’Astico site in Italy, including warehouses, car parks and production facilities. As a result the site’s annual power consumption decreased by 1.3 GWh, recouping the cost of the upgrade within a year. LEDs can deliver further savings when paired with lighting controls, which allow users to adjust brightness levels to suit the conditions and time of day. “When UK satellite communications company Paradigm Communication Systems relocated to new offices in Hampshire, Cree installed LED lighting with a control system to adapt lighting levels based upon the building occupancy and different requirements throughout the day,” says Farraway. “The project recorded annual energy savings of over 75 per cent and a rapid return on investment.”

He adds: “Since these control systems are based on software that can be updated as technology advances, new LED luminaires can be equipped with the latest tech innovations from the moment they are installed. This ensures LED lighting systems are future ready by keeping them relevant and efficient, even years down the line.”

Kevin Stubbs, Technical Manager at Llumarlite, agrees that in terms of energy efficiency LED lighting is crushing the competition. “The energy efficiency of LEDs has been gradually increasing year on year,” he says. “Now, bare LEDs are achieving 150 to 200 lumens per watt, which is over twice that of many compact fluorescent lamps, nearly double that of the best linear fluorescent lamps, and better than high-intensity discharge lamps.”

However, as he points out, efficiency in generating light at source, known as efficacy, is only half the story. The control gear should minimise power consumption, and the luminaire should make the best use of the light by sending it in the direction required. “A major advantage of LEDs is that the light generated shines on one side of a chip or circuit board. As a result, the light is already focused in one direction, rather than all around. Combining these two means that a good LED solution is much more efficient than depreciating, dirty and often inefficient fluorescent lamps.”

He advises buyers to look at the luminaire lumens per circuit watt. “Your existing downlights may only have given 40 Ll/cW when new, modern LED downlights usually exceed 100 Ll/cW,” he says. “Rather than produce more light, LEDs use less power to give a similar light level, resulting in you saving as much as 70 per cent off your lighting electricity costs. In many instances, the payback will be between one and three years and can be dramatically improved further if lighting controls are introduced.” There are also indirect savings to be made. “Using less power on every lighting circuit will also cut the load on your air conditioning or other HVAC systems.” 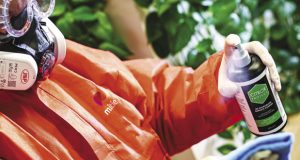 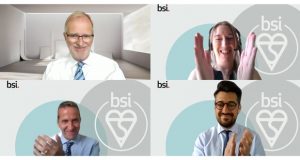 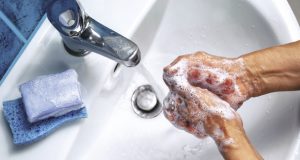