April is a busy month for the facilities management community. The Royal Institution of Chartered Surveyors (RICS) hosted its annual Infrastructure Conference on 2nd, which took a look at how automated digital technology and artificial intelligence is reshaping the world around us; ‘tech talk’ also dominates The Facilities Event programme; and towards the end of this month the International Workplace and Facilities Management (IWFM) conference will focus on how we can “seize the strategic opportunity” in line with the changing nature of work.

Last month, the International Facility Management Association’s (IFMA) World Workplace Europe conference shined a light on how new tech is transforming the FM landscape. IFMA, RICS and IWFM – all the bodies that represent the profession – are actively addressing the disrupters and the opportunities facing FM. And that’s because we are bearing witness to a fusing of technologies that is fundamentally changing the way we live, work and relate to one another.

The “strategic opportunity”, it seems, is tech. But are we ready to seize it?

As a company that champions tech-led FM, we’re naturally following the “FM and tech” conversation very closely. Without sounding harsh, we’ve noticed a bit of a gap between talk and action. As a profession, we’re pretty adept at bandying around phrases such as the internet of things, artificial intelligence, machine learning, robotic processing automation (RAP), blockchain, and so on. Not only have we mastered the full names, but we’ve also learnt the acronyms – IoT, AI, ML, RPA. We’re practically fluent!

Buzzword bingo is one thing. But winning the game is another.

There seems to be a bit of a disconnect between hype and reality. Our daily gripes with tech are so far removed from the macro trends that we’re hearing about at these conferences. If the majority of us still struggle to connect to a teleconference system, for example, then what hope do we have of getting our heads around AI, analytics and machine vision? (The latter of which, by the way, is the next big thing that’s due to make the much-coveted IoT sensor-ecosystem redundant.)

I’m a rugby fan so allow me to illustrate my point with a sports analogy. The New Zealand Rugby team, as much as it pains me to say, have dominated the rugby world for over a decade. Their consistency by far outperforms any other team as they focus on getting the basics right. The All Blacks don’t get carried away with the hype, they’re all about the reality, the game plan – they balance talk and action.

Southern Hemisphere rugby is often characterised by its free flowing, attacking back play. The players are agile, they use their backs as weapons to snake through a defence and exploit the gaps; whereas Northern Hemisphere rugby often adopts a brutish, battering-ram approach, creating the gaps that can fast become their weakness if they don’t pause to assess the scene. We can apply this approach to FM. Let’s acknowledge the [skills] gap and fill it before we drop the ball. Let’s build from the back as opposed to looking back… get the basics right and you’ll be stronger going forward/in attack. 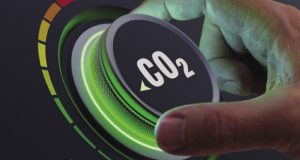 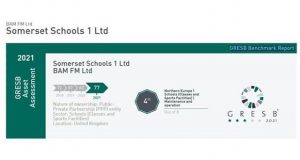 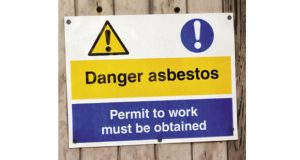