Time to save energy today for a more sustainable tomorrow

Last week marked Big Energy Saving Week across the UK, giving businesses and their facilities managers the opportunity to look at ways in which they can save on their energy bills and cut their carbon emissions.

As last week’s Davos further exemplifies, the onus is now on businesses and organisations to lead the way in assisting the UK in becoming carbon neutral by 2050.

Energy efficiency has been a UK-wide focus for a number of years but, through live energy monitoring at over 4,000 UK organisations, EDF has found that the majority of organisations can make meaningful carbon reductions that result in significant savings, through very simple changes.

Despite these opportunities, many companies still view energy as merely a utility and themselves purely as consumers. This means that it remains a low priority, with the responsibility falling on facilities managers to make the business case for reducing energy costs and reducing their carbon footprint.

As one of the biggest suppliers to UK businesses and the largest producer of low carbon energy, EDF is working to change the way UK organisations use and interact with energy, advocating for a more active relationship between companies and their energy suppliers. If we can successfully evolve our behaviour, then we can significantly ease the transition to a low carbon system. Using our live energy monitoring tool, we identified saving opportunities of over £45 million per year across 4,150 analysed sites. To put it into context, these savings are equivalent to over 147,671 tonnes of carbon emissions annually, or planting 3.6 million square metres of woodland.

Across the vast majority of locations, we found that it was actually very simple changes that are being overlooked. While many businesses might be overawed by the seemingly formidable task of changing their energy systems, meaningful results do not require wholesale change. Putting just one small change into action could deliver significant savings.

Our work with Nescot College in Surrey is an excellent example of the ways in which organisations can make these changes. We worked with the college to monitor its energy consumption, providing them with the information required to make informed decisions as to how they use their energy day-to-day. The facilities management team at the college is now in the process of using this data to see how it can reduce expenditure, and invest the subsequent savings back into the curriculum.

While this data covers a relatively small proportion of the UK’s businesses and public sector organisations, it is applicable to all. Imagine the positive nationwide impact on our collective carbon footprint if all UK organisations started to think a little differently, making just one simple change at a time.

Green investment is key for the post-COVID world 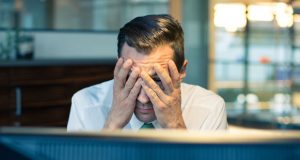 Mental wellbeing, whose role is it anyway?