Women in engineering – an engineer’s perspective I’ve worked in the FM sector for just over seven years. I graduated from St Andrews University and then went into an FM Apprenticeship in 2012. Since that point I’ve worked my way up to management level, completed my MSc in FM and achieved Certified status with the IWFM. As a young, female, facilities management professional progressing through the sector, I’ve been in my fair share of challenging situations whereby my demographic has been a problem for others. However, I joined Pareto FM, which has created one of the most inclusive and progressive environments I have ever experienced within FM and I was interested to discuss with the teams about how they felt working in such an environment. One of the key areas of progression for Pareto is women in engineering positions. One of the hard services contracts I currently deliver for Pareto has a team of three, two of which are women. I’ve never managed (nor seen) such a diverse engineering team before so I took the time ask them about what it was like to be a young, female, engineer within the FM sector today.

Q: How did you get into engineering / what made you want to be an engineer?

Holly: I got into engineering through a friend. I actually started out in hotels which was both an interesting and challenging environment. When I began, I knew it wouldn’t be easy but I also knew that I loved a challenge and learning new things every day.

Farima: Throughout my life I always loved solving puzzles and discovering ways to make things work smarter and easier. It didn’t occur to me at first but after a few dives into other careers I found life leading me into engineering. I haven’t looked back since!

Q: What’s been your biggest obstacle?

Holly: Working in the engineering department in hotels is a challenge. People can be quite judgemental and often don’t think of you as an engineer. You also have to prove yourself to them, to show that you can do things as well as others. If you don’t work with the right people then things can be really tough. Both Farima and I have often felt marginalised but it hasn’t stopped us striving to be the best engineers we can be.
I’m not saying this typecasting is prevalent across the industry and it does completely depend on the environment, but we have been met with unconscious biased in the past; comments such as “let me carry this for you” because we’re women and perceived as being weaker are common and less subtle remarks like “ohh your too pretty to be an engineer” can be very undermining! There was even an instance in a previous role when one of us arrived on a new site and the staff automatically assumed it was for cleaning, it never even occurred to them that their site engineer could be a woman!

Farima: Before getting into engineering I had always heard about the stigma of women in STEM fields. I didn’t quite understand it until I actually entered the industry. At the beginning I often felt frustrated because, as the only woman working on the teams, I felt the need to prove myself and push myself above and beyond what my male counter parts would do. I also do not come from England and had the additional burden of navigating cultural differences as well. I learned a lot, and so did the men around me and I believe we all grew from those experiences. Now I work for a company where gender and cultural stereotypes are not barriers but differences to be celebrated.

Q: What’s been the highlight of your career so far?

Holly: Absolutely when I started working for Pareto. I remember in my interview, the MD telling about this great company culture they had created, and when the opportunity came I was so pleased to be able to join.

Farima: I think the highlight of my career goes hand in hand with my last answer. I always want to bring an open mind and build a work environment which is cooperative. At my last role I built some great friendships with men who, prior to meeting me, may not have been so open to working with women (or middle eastern women!) and had some reservations. I am happy to say they are friends of mine now and together we changed perspectives. I think it’s those little steps in your local community that make a big difference in the world around us.

Q: If there was one thing you could change about the industry you work in what would it be?

Holly: For me, it’s just to change that stigma around women in engineering positions. Just to remove the old-fashioned view that we can’t do things as well as men. We are more than capable of holding our own and just need to be given the opportunity to thrive. We’d never champion positive discrimination but do encourage employers to consider the requirements of female engineers, particularly on site where we’ve often experienced no women only changing facilities, or worse still, no loos, which isn’t ideal!

Farima: I would love to educate people more on what a job in engineering can give you in life. It’s creative, challenging, hands-on, and you get the opportunity to shape the world around you. I especially would like to see more programs aimed at young people to show them the value and opportunity of working in this industry. There are lots of opportunities! We would both encourage any young woman who is interested in engineering to take the plunge and not allow negative or stereotypical attitudes to influence their decision, it’s a fantastically varied and exciting career with huge opportunity and one we both thoroughly enjoy. 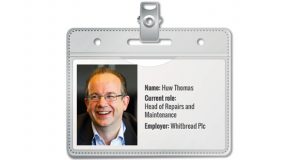