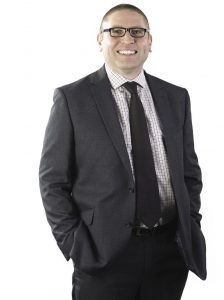 Collaboration within FM has long been recognised as an important way to enhance service delivery and improve performance. However, recent research carried out by VINCI Facilities amongst senior practitioners and leaders associated with facilities management and the built environment found that only 15 per cent had actually implemented a comprehensive framework or strategy for collaboration. The data, which formed part of a wider look at four key issues: collaboration, wellbeing, climate change and asset management, concluded that despite incredibly positive ambitions to achieve improvements in all these areas, the FM sector has been slow in implementing clear-cut strategic actions.

To help address these shortfalls, VINCI has published the first of four White Papers, Collaboration in Facilities Management(i), looking at how to achieve gold-standard collaboration in facilities management.

Explaining the thinking behind the White Paper, Taff Farrell the lead on Operational Excellence and Continuous Improvement for VINCI explains: “I’d done some work on collaboration, and what I thought was, ‘we talk about collaboration, but do we really do it?’ And I concluded that’s probably a great question for the foundation of the white paper.

“We aim to reach the broadest church we can, with our greatest goal to influence how the built environment operates, its people, the supply chain and key policy makers, to create value. As an industry we want to help change the way we do things so that it works for everyone. We believe there’s room for collaboration in everything we do, upwards, downwards and sideways.”

Nearly 84 per cent of respondents who were asked whether their organisations were committed to collaboration said yes, but many were unable to demonstrate collaborative working in practice. One of the major sticking points it emerged was a lack of understanding of what collaboration actually means.

Says Farrell: “The loose sense of many respondents was that ‘we collaborate because we work together’. We wanted to dig away at that and come up with not just a definition of what it is, but the practices that go along with collaboration. It’s often seen as a soft skill, but actual real collaboration is hard, and it’s got teeth.

“There are frameworks of course, most particularly the ISO standard [ISO 44001](ii) around collaboration and the usual contractual measures such as KPIs and SLAs, but for me I think collaboration is probably somewhere in the middle. This reflects ways of working together when things are going well, and acknowledging that when there is issue what that will look like. Good collaboration requires open honest feedback, and something we refer to as ‘a positive challenge’.”

The survey also asked, ‘when people say they work collaboratively, what partners did they have in mind?’ According to the results, a huge majority (94 per cent) said they worked collaboratively with colleagues and stakeholders within their own organisation, with 74 per cent including customers and end users in this equation.

Advises Farrell: “Collaboration is a much wider piece and should concentrate on the multitude of supplier’s organisations in a particular project or environment. Traditionally, if you think about partnering with customers, it’s that dual party idea, but when organisations sublet so much work, into the supply chain or other delivery partners alongside them, collaboration is about looking at ways to get the best out of that.” 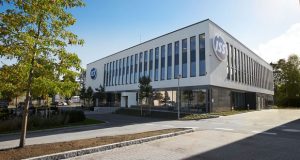 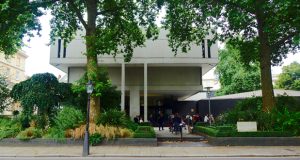 CBRE renews TFM contract with the Royal College of Physicians