BREAKING NEWS
Home / Facilities Management / For your eyes only For your eyes only

The use of technology, particularly surveillance systems such as remotely monitored CCTV and automatic number plate recognition (ANPR), has reduced the scope of traditional guarding services such as night patrols and gatehouse duties. However, new technology also means the role of security officers is evolving. This means it is more important than ever to maintain good standards of professional and technical competence.

In many public environments, such as shopping centres, the visible presence of security officers is reassuring and serves as a deterrent for antisocial behaviour. Use of body-worn video cameras protects officers working in such locations and can provide footage for use in criminal prosecutions.

First-generation body-worn video cameras were introduced in the UK in 2005, but the technology has only recently become widespread. The cameras record the wearer’s interactions with the public and can gather video evidence at crime scenes. They are particularly useful for providing clarity where traumatic events affect witnesses’ recall.

There are, however, implications for SIA licensing. Individuals who view and analyse footage recorded by body-worn video cameras are technically carrying out public space surveillance (CCTV) activity – monitoring members of the public in a public or private space for purposes other than protecting property or identifying a trespasser. This means they require a public space surveillance (CCTV) licence. Those who wear the cameras but do not watch or review the footage do not require the licence, since the SIA licence they hold is likely to cover their activity – whether it is security guarding or door supervision. When dealing with matters relating to public space surveillance (CCTV) activity, the requirements of the General Data Protection Regulation (GDPR), now fully in force, must be considered. Public space surveillance (CCTV) captures information about individuals, which is classed as personal data under the new legislation. Organisations processing personal data are required to register as data controllers with the Information Commissioner’s office.

CODE OF PRACTICE
The Surveillance Camera Commissioner (SCC) code of practice covers surveillance systems including body-worn video cameras. Its purpose is to raise standards and ensure adequate protection of the public by enabling surveillance providers to benchmark themselves, encouraging continual improvement, and ensuring surveillance policy and procedures are compliant, robust and fit for purpose. This helps to build public confidence.

The SCC’s certification scheme uses specialist third-party certification bodies such as NSI to carry out independent audits of operators. The first step to gaining certification is the completion of a self-assessment tool. This helps organisations to review their current practices, identifying opportunities for improvement as well as areas of risk. (See www.gov.uk/government/publications/surveillance-camera-code-of-practice-self-assessment-tool).

Independent auditors then seek evidence of successful implementation of the SCC code of practice and supporting procedures, including interviewing relevant members of the team. Their focus is on reinforcing good practice and identifying potential areas for improvement. If the auditor recommends certification, the organisation is entitled to display the SCC certification mark for five years. There will be an annual review by the certification body, with a full audit and recertification after five years.

Generally, when selecting a security provider, FMs should look for the NSI gold and silver marks of approval, indicating a competent company that operates to the highest British and international standards. The SIA’s Approved Contractor Scheme (ACS) is another way to identify companies committed to customer service and the compulsory licensing of their staff, whilst for those managing surveillance in public spaces be it outsourced or delivered internally, adherence to the Surveillance Camera Commissioner’s Code of Practice provides added confidence. 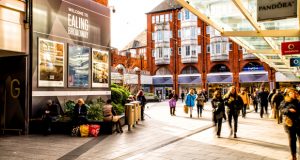