Neil Usher, Workplace Consultant and Author of new book The Elemental Workplace, tells us not to bother with creating the perfect workplace. Create a fantastic one instead

It is hard to conceive of a perfect workplace. It would exist only in the merest sliver of time.

That is because a workplace is never complete, it exists in permanent beta, constantly pushed, pulled and cajoled by forces over which it has no control. Buffeted by the external commercial and political environment, subject to the sudden changes of direction of the corporate wind, the ebb and flow of people passing through, and the technologies and innovations woven within, the workplace is far less fixed, far less a product than it appears. It will have moments where the delicate balance is right, fleeting but important, but for the majority of time it will be adapting with us.

This state of becoming rather than being accepted, a better aim than perfection is a fantastic workplace, one we want to go to when faced with a multitude of choices of where to work.

Despite the popular and all-too-often repeated adage, while work is something we do (a verb) it is also a place we go (noun) to do it. It is invariably only repeated by those who don’t want to talk about the physical workplace. As it seems from the artificial world of perfect-teeth stock photography, we can work on a beach with an apparently glare-and-sand-proof laptop. The choices are becoming increasingly varied and (other than in this case) possible.

Our challenge in this landscape is to make that in which we need to invest as flexible as possible, and allow these complex forces to shape what we create over time. We need soft hands and an understanding of – and relationship with – that which we are moulding. We are taking workspace, by definition uninhabited, with its potential for something to happen within, and adding people to create a place to work, a workplace. Space – predictable, stable, benign – transforms into the opposite with the addition of the wonderful unpredictability of humanity. It turns the interesting into the fascinating. It is that simple a proposition, despite the inordinate amount of waffle written in architectural sphere about ‘placemaking’: take a space, add people.

The Elemental Workplace – published this year – sets out to describe in simple and accessible terms why we need a fantastic workplace, how we create it and what it comprises. It is based on over 25 years of global corporate real estate leadership at companies as varied as Warner Bros, Honeywell, Rio Tinto and Sky – including the multi-award-winning Sky Central. Occupiers don’t write books though, do they?

MAKING THE CASE
That we need a fantastic workplace is by no means a foregone conclusion. C. Northcote Parkinson in his book Parkinson’s Law (famous for another statement, its opening gambit) states that “a perfection of planned layout is achieved only by institutions on the point of collapse.” There are leaders who feel that their business, born in the dust of adversity, may lose its essence, its hunger, if it considers the needs of itself above its purpose. They’re still happy in the dust. The case, therefore, still needs to be made.

In this instance a model helps. It is based on Frank Duffy’s original three Es of workplace strategy: efficiency in the form of responsible cost and spatial metrics, respecting the commercial considerations; the effectiveness to ensure that everything needed is provided and works, and people can be at their best every day; and the expression of the organisation’s DNA through its workplace, creating advocacy and commitment.

To these were added three more Es: a focus on the environment such that we leave as light a footprint on the planet as possible; the digital representation of the organisation and its workplace in the ether, where in an age of instant accountability demonstrably living its values becomes essential; and an energy for our people, a deeper and more comprehensive idea of wellbeing. Assessing their relative importance to an organisation enables us to map the present against a desired state.

No productivity, though? Papers such as the Stoddart Review made much of the use of a probable yet unprovable increase in productivity as a route to justifying investment in the workplace. Disentangling the contribution of workplace to organisational productivity from the myriad of other influences has remained the grail of workplace consultants for decades. The six Es creates a richer, deeper justification, complementing the desire of many organisations in the modern era for performance with purpose.

There is a case to be constructed on the strong conviction that it is the right thing to do, for both human and commercial reasons. People will want to work for an organisation that looks after its people – and will want to stay (but let’s stop calling people ‘talent’, shall we?). A strong conviction is more useful to us than shaky data. From the right thing to do for the organisation and its people, productivity will in all likelihood follow.

Previous: For your eyes only
Next: Facilitating change 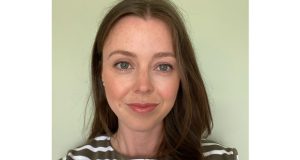