COFFEE CULTURE
As part of this process Gather & Gather has refurbished two coffee shops at Vodafone’s Newbury HQ, reorganising the space and introducing fresh, healthier menu choices. The HQ now boasts a bright new coffee bar in the main reception area of the vast campus, while the Fuse coffee bar offers a bright open-plan ambience compared to the closed, dark environment of the previous shop. At Fuse, music has been introduced to create a more relaxed atmosphere, and there is a mix of high-level informal tables, bench seating and low coffee tables.

“We have a coffee culture within this business,” says Dunbar, “and a lot of the work we do takes place in the coffee outlets, so ultimately we wanted to ensure that the experience and the choice our employees demand was being met. That was one of the drivers for upgrading the lobby and continuing that, not just at the Newbury campus, but across all of our sites.” Moore adds: “Because Vodafone does a lot of business over coffee, a key factor was to create a design-led environment that would not just give Vodafone customers a great place to come to, but a great place to work.”

The lobby coffee bar continues to be a branded concession but has a refreshed appearance, with a light, open space that provides a relaxed meeting and hotel-style environment. Menu choices have been expanded to include a ‘fresh daily’ baked goods table, including signature products from Vodafone such as sweet potato chocolate brownies and seeded flapjacks. The fresh salad bar offers daily menus, and there is a breakfast bar that includes homemade coconut and cashew granola.

To ensure that those who just want to grab a quick coffee aren’t detained, there is a quick access till and a bespoke till for the deli service. This, coupled with increased space for marketing communications, healthy eating tips, allergen information and recipe cards, has resulted in an 8.5 per cent increase in sales.

An expanded kitchen area in the Fuse coffee bar has enabled the introduction of hot food and a permanent chef, providing an Asian-inspired menu, with hot, made-to-order dishes, including Thai fish cakes with Asian slaw; hot teriyaki salmon salads; rice noodles with squash and coconut dressing; and a range of ramen soups.

Many of these enhancements have been made with the input of Vodafone’s employees. For instance, the staff helped choose a new, bespoke blend of coffee (The Connection) which has proved highly popular. Says Moore: “When we took on the contract, although we’d a few food concepts we ran a campaign for a month with Vodafone employees, not just across this estate but among all the others, including its call centres, to ask, ‘are you happy with the brand of coffee, do you want more options including artisan coffee options, and is queuing an issue for you?’

“We began a 90 days transition period where our focus was on transferring the existing team over, introducing new members and validating customer feedback. What we went from before was a style of food and culture which was formulaic with a little bit of freezer to fryer, which was why one of the key investments we did was to expand the kitchen and have more chefs in there cooking more fresh food because we believed from the customer feedback this was what was wanted and made good commercial sense.”

This included some notable changes to the menu. For instance, there are still sausages and bacon on offer, but of much higher quality – while notoriously unhealthy choices such as fried bread have been removed from the menu.

Making enhancements and offering people healthy choices isn’t the end of the challenge. Ensuring that people are happy with the changes is vital, which is why it’s important to monitor usage and demand. Moore explains that Gather & Gather urges all the suppliers it works with to do a ‘temperature check’, to find out what’s working, what isn’t, and what changes should be made going forward. “That is an ongoing cycle.”

Previous: Janus-faced management; looking to to the past and future
Next: Is the future bright? 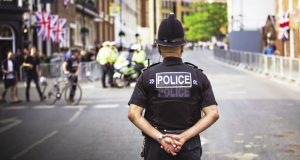 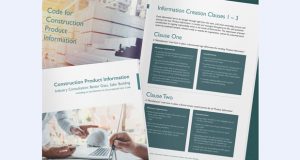 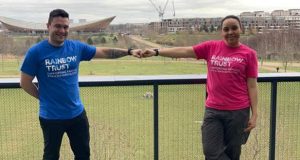 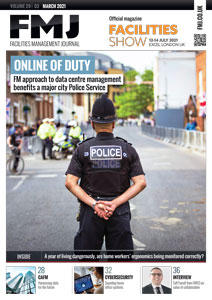