Q: What role can standards play in reducing risk in the procurement of FM contracts?
In July 2018 RICS launched a professional statement aimed at professionals who outsource FM services, be they single sourced, bundled or TFM/IFM services, for those who have previously outsourced services or are engaging in a re-procurement process. The idea behind the statement is to help reduce risk, increase transparency, and promote trust.

Stephen Morris gave delegates an update on the statement, explaining that the institute will release a code of practice for the global market within the next few months.

He said: “Within RICS the governance of FM is done through professional standards, and we find that a lot of the value is coming from individual people adopting the professional statement. We want that to happen as widely as possible, from the client to the service provider and not just to RICS members. This is why we give all our documentation away free of charge. The next one to come out will be a code of practice on a global scale, which is ideal for those FMs who have global portfolios.” Facilities managers are also implementing their own internal standards. The organisation of one panellist is “looking into the ability of all our operators and going to IFMA to ask ‘what can we learn from you and what training can we put in place for all of our FM operators and managers, to set a standard that we are all benchmarked against, and that we can apply to our buildings?’”

Another FM explained they have a dedicated team looking at insurance to ensure they are checking and testing to implement the correct checks and balances. It was agreed that the value in procurement is finding the right partner and then generating efficiencies by better management of the estate, which is why the standards are a great concept.

Q: The government has set out to improve the way it buys goods and services to help more small businesses bid for public sector contracts. For clients, does dealing with a TFM who has engaged a number of smaller organisations increase the risk of something going wrong?
The panel agreed that it’s back to transparency and understanding the consequences of the terms agreed with the contractor. Whether the contractor is a large global brand or not, the terms on which they are employed will be passed down to subcontractors or staff. It’s important to be able to trust that the contractor has gone through the same process with them as with you. For client-side FM it’s important to say to suppliers ‘we are all part of this relationship.’ It’s about getting the best out of the supply chain and about a genuine partnership, so it’s important to work out what could be the barriers to that and how best to overcome them.

Andrew Lunt asked: “We’ve talked about failing contracts, but why does that happen in the first place? The organisations that were employed were competent to do those jobs, so why did they fail? It has to be something fundamental within the pre-contract stage. Poor data, lack of due diligence or an understanding of the risks of the contract are probably the most significant causes.” It was suggested that a bad business fit is often the culprit. For example, a public sector body takes their first foray into the private sector, and because they’re a big organisation they go after a large private sector client – but the motivations and culture are so massively different they encounter problems. Sometimes it’s better to sit down with a supplier and admit that the differences are so deep-seated in the business culture that they’re not ready to deliver that contract. For the FM it’s not just a matter of ‘we’ve signed a contract today, get on with it’, it’s about building an ongoing relationship which understands the everyday issues and actually takes responsibility right the way through.

The reality is that within too many organisations it’s not their core business at the end of the day, so they’re not interested in FM and are not prepared to invest in it. They rely on the [FM] contractor, and if anything goes wrong (such as non-compliance) their way out is to blame the supplier.

On a more positive note, FMs should publicise the contracts that go well. “When you are bringing in a new contractor you’ve got to be prepared that not all of the changes will be immediately visible,” said one delegate. “We brought one contractor into the estate and they did a superb job but nobody really saw it, because we didn’t talk about what we had done. The problem in FM is that we often measure by our failures, yet with this contract we were performing tenfold better.”

The conclusion of the panel was that the challenge for FM is to promote the way that FM services, however they are delivered, can create a positive difference within an organisation, whether it’s helping them stay ahead of their competitors or delivering improved performance in whatever sector it operates. 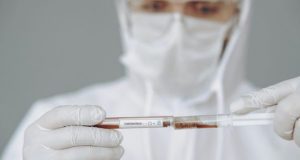