FROM BREEAM TO BESPOKE
The USB comfortably achieved a BREEAM Excellent rating with a score of 78.1 per cent, including a ‘one of a kind’ bespoke innovation credit for the energy storage test bed. However, the university wanted to go beyond this and set other targets, including a focus on the building’s users. Having identified the people who would be moving into the USB, we carried out surveys at the three university buildings where they were previously based to measure their perceived productivity, wellbeing, comfort and satisfaction levels. The surveys were repeated once they had moved into the new building, and showed that users felt their new environment had increased their productivity by up to 11.5 per cent. The feedback highlighted that they liked the daylight levels and felt healthy in the building, while 71 per cent of the students and staff based in the USB said its design made it easier for them to collaborate.

This focus on the building’s users also influenced aspects of its design. Efficiency isn’t just about reducing energy consumption, it’s also about considering the whole lifecycle of a building and how it may need to flex and adapt to differing future uses.

Early on in the design process, we worked with both the estates team and user groups to get a detailed understanding of their differing needs. This allowed us to design with all of them in mind, meaning the building wasn’t overly customised for any one group. It also put our focus firmly on flexibility, so large portions of the building’s fit-out elements are reversible – meaning entire floors can be easily reconfigured. One final touch that the team is particularly proud of combines energy management with the history of the building’s location.

The restrictions of the site meant we had to have a south-facing atrium, so working collaboratively with researchers at the university and Hawkins\Brown, we adopted an innovative approach to designing a glazed façade which met the stringent g-value requirements. The glazed solution was a fritted façade pattern consisting of lines, dots and circles based on a punch card technique used in the early 19th century. The dotted pattern runs right around the building and carries a coded message illustrating the rich history of the site and its previous uses. It says: Gallowgate – North Elswick Colliery – Scottish & Newcastle Brewery – Science Central.

We’re proud to have been involved in the creation of the USB. This exciting building, whose users are focused on advancing developments in energy efficiency, is itself an inspiring exemplar of sustainability and energy management. And, with the university team’s continued focus on ongoing improvement and the development of new energy innovations, its green credentials will only get better over time. 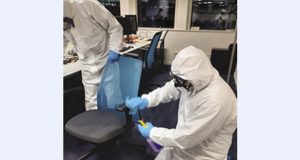 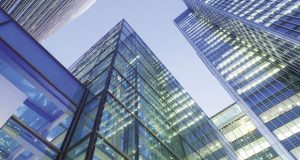 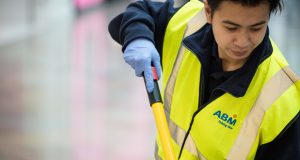 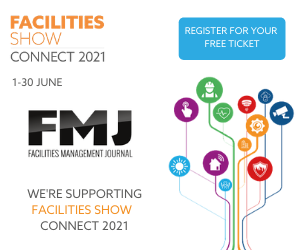