Pests such as rats and pigeons pose a threat to health, safety and public image. Dee Ward-Thompson, Technical Manager of the British Pest Control Association, advises on the best way to manage problem infestations

When it comes to effective pest management, getting the balance right is critical. Targeted, ongoing pest control is vital for health and safety, the environment and corporate reputation. It should not be left as a responsive action.

The pest most dreaded by FMs is likely to be the rat. Rats on the premises are bad for an organisation’s reputation, but that’s not the only concern. They carry bugs which can be passed to humans, including Weil’s disease, which can lead to jaundice and kidney failure. They also foul water tanks and chew on wood or electrical wires, which can cause a lot of damage and increase the risk of fire.

The problem is how to manage a rat infestation. A recent report by the University of Reading revealed the presence of a new generation of rats carrying a genetic mutation, making them resistant to commonly used poisons. The study, commissioned by the Campaign for Responsible Rodenticide Use (CRRU), identifies ‘the massive extent of L120Q resistance across the whole of central southern England’. It also reports that rats without the genetic mutation are being killed off by poison, which means the resistant species are taking their place, leaving a growing population of resistant purebreds. With their numbers expanding, there could be a significant risk to public health if their population is left unchecked, in both urban and rural environments.

As a result, the British Pest Control Association (BPCA) suggests that rodents must be dealt with by those with the skills required to understand their behaviour and their habitat, and who know how to treat any particular strain. FMs should be aware of the situation in order to effectively tackle the issue. They need to collaborate with qualified, trusted and audited pest management companies working to industry codes of best practice, who will carefully consider ecological issues and only use pesticides as a last resort.

ASIAN TIGER MOSQUITO
The UK is home to more than 30 types of native mosquito species, some of which bite and create a general nuisance. But the BPCA is particularly concerned about one particular species – the Asian Tiger mosquito – taking hold in the UK. While it does not present an immediate danger to the public, it is a species of concern that can transmit debilitating and even deadly viruses, including chikungunya and dengue fever.

The Asian Tiger mosquito is a small black and white daytime biting insect, which was accidentally introduced to Europe in the 1970s. It has spread through much of southern Europe and has been gradually pushing northwards. The eggs and larvae of this mosquito were discovered in two sites in the south-east of England in 2016 and 2017.

There are several steps FMs can take to reduce the opportunities for mosquitoes in general to take hold. Simple, corrective measures include removing still, standing water from areas such as blocked guttering and anywhere that water can collect. Such areas provide ideal breeding sites for the insects and should be cleaned out regularly. If the Asian Tiger mosquito is encountered, a professional pest controller should be contacted as well as the GB non-native species secretariat (see box).

A less exotic but much more common pest is the feral pigeon, which is found in all areas of the UK. They present a range of issues, particularly concerning health and safety. They can harbour a wide variety of diseases and parasites on their bodies and in their nests, and their fouling presents public health concerns. Effective bird management is therefore a vital task for those who manage buildings.

Feral pigeon guano (droppings) are acidic, corroding and eroding metals, stonework and brickwork. The droppings are unsightly and can present a slip and trip hazard. More than this, they can be dangerous. Ornithosis, listeria, E. coli and other nasty pathogens can be passed through droppings and by the birds themselves. When dry, the droppings can become airborne, leading to respiratory complaints such as psittacosis and the cryptococcus fungus.

Since all UK bird species are protected by law (Wildlife and Countryside Act 1981), including their nests and eggs, a trusted pest control specialist should always be consulted to ensure facilities are protected professionally. If staff are tasked with clearing up bird guano themselves, it is important to make sure they have appropriate training and the correct personal protective equipment. The BPCA would, however, recommend use of a professional pest management company.

The most effective method to ensure protection and compliance is to introduce a maintenance cycle programme as part of the organisation’s scheduled operations, with regular, targeted activity undertaken in conjunction with a professional pest control member. A large part of pest prevention is thinking ahead and identifying potential causes and entry points before infestations occur.

Such a programme will include inspecting premises on a routine basis and reporting on the status of any pest infestation, organising a programme of treatments as well as taking action to control and eliminate target pests.

‘Ticking the box: the value of maintenance cycles for effective pest control’. Free BPCA guide for FMs. Available at https://bpca.org.uk/News-and-Blog/maintenance-cycles-for-effective-pest-control-pest-management-support/196814 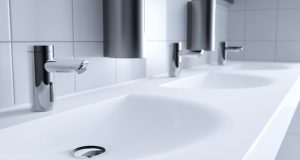 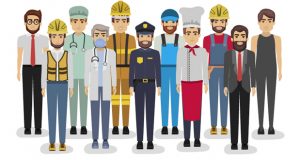