First, a true story. One of my close friends recently arrived at Liverpool’s John Lennon airport with her family, ready for a week’s break at their villa in Spain. They arrived well in advance by taxi but upon presenting their documents at the checking-in desk, Claire was horrified to discover that the passport in front of her was actually her husband’s, which had expired the year before. Then came the realisation she had picked up the wrong passport and that hers was in her desk draw at home. The error cost her missing her flight, letting her family travel on ahead, a sixty-mile roundtrip taxi journey to collect the correct passport, a re-booked flight and arriving at their villa over twelve hours after her family. The moral of this story, as her husband found out when Claire arrived at the villa, was to get rid of your old passport.

The reason I mention this? Well, there is a definite connection to facilities management procurement here. Last year I made the career jump from having worked for a facilities management service provider for over 10 years, to begin a new role with an FM consultancy. One of the attractions of the move was that I am now able to use the experience gained over that time to work with customers to offer best advice and to avoid some of the procurement pitfalls I have seen in the industry all too often. Rather than simply moan about these issues, I could now have an impact on positive change and it has been liberating.

The example I used at the start of the article has resonated with me ever since I heard of what happened to poor Claire. Imagine, you have spent a lot of your hard-earned money on a foreign holiday; perhaps several hundred or indeed several thousands of pounds. When you arrive at the airport, ready for your break, would you be careless, or indeed reckless, enough to be there without a clear idea of where you are going and how you are going to get there? Would you be so ill prepared that you had forgotten to bring your clothes, sun-protection, currency/cards, holiday insurance and of course, your passport? Of course not. So, my central question is this, why do organisation decide to go to ‘the market’ to procure their FM services without having taken the time to prepare for what lies ahead? I have seen far too many occasions where a procurement exercise has been delayed and/or run into serious difficulties because there has been a rush to the market and they have been ill-prepared from the outset and the situation exacerbated when those tendering start asking for additional information, which is crucial in being able to provide an accurate cost proposal.

It is now fascinating for me to be working with organisations and helping them to ensure their procurement journey is a smooth one. How up-to-date is their asset information? I have heard so many times in the past, “It is about four years old, as we paid for the incumbent contractor to verify the assets when they took over the contract.” Too many organisations then fail to ensure/write it as a contractual obligation for their contractors to accurately update this information during the contract term. Instead they go to the market with potentially missing information, pay for the new contractor to repeat the asset verification exercise and are then asked to consider an increased contract cost, because additional assets have been found.

One solution is to pay for a consultancy to undertake consistent and accurate asset verification and condition surveys, prior to the issuing of the tender documentation. Although there is a cost implication, the payback is that the asset details within the tender are correct and there is greater budgetary certainty that the tendered sums will reflect what is the actual cost to be paid during the contract term. Aligned to that is also ensuring asset updating protocols and reviews on both sides, form part of the new contract.

Another pitfall which can’t be ignored is that of obligations under Transfer of Undertakings (Protection of Employment) Regulations, or “TUPE” as most of us refer to it as. Some organisations chose to absolve any responsibility to provide any such information and instead, suggest the tenderers simply contact the incumbent contractors direct.

The downside of this can be that obtaining such information may prove problematic and in the absence of accurate information on those potentially eligible to transfer to the new service provider, one or several of the tenderers provide a “TUPE neutral” or “Greenfield bid”, leaving the door potentially open to renegotiate the costs, once they are fully aware of the transfer costs. Again, this can lead to budget forecasting uncertainty following the tender submission and some potentially very difficult and protracted negotiations with all the relevant parties.

Finally, I also advise customers to try and provide any accurate reactive data within the tender package, particularly if they are choosing a semi or fully comprehensive commercial model. I used to get immensely frustrated to hear a tendering organisation say that their current service provider was unable or unwilling to provide them with any reactive history; this type of data should belong to the customer and have been provided to them at frequent intervals during the contract term. It should form part of a regular performance review and is also crucial for tenderers to be able to forecast their potential reactive exposure on the new contract.

One of the many things I am really enjoying in my new role is that of being able to effect change and to address some of the frustrations I have encountered over the years, like so many of my peers. Working with customers in clearly defining and planning their procurement strategy, helping them to effectively prepare for the journey, accompanying them on it and then arriving at the planned destination, whilst avoiding delays and the wrong passport(!), is greatly rewarding.

Previous: Protecting the past
Next: Cutting edge

The return to work: How FM can deliver a more hygienic workplace in the COVID-19 era 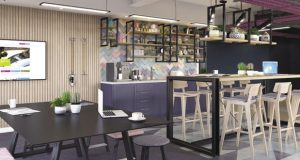 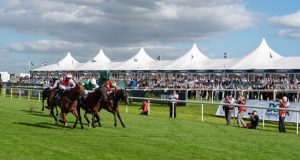