However, special buildings come with special challenges: technology choices need to be non-obtrusive to the fabric of the building in order to meet preservation orders and listed status requirements. At popular tourist sites, upgrade works often need to be planned carefully to avoid disruption to visitors. This is why some of the UK’s best loved heritage sites are using next-generation solutions to address these challenges.

The National Centre for Writing, which has just completed a £2 million extension and refurbishment project at its headquarters in Norwich, called upon the capabilities of the latest BMS as a vital part of the upgrade. Since 2015, the centre has been based at Dragon Hall, a Grade I listed, 15th century medieval trading hall of significant historical interest. In such a building, factors like humidity can have an extremely detrimental and compromising effect on the internal structure. With this fact in mind, and the knowledge that the building’s existing BMS was reaching the end of its life and becoming unreliable, the decision was taken to invest in new technology. Although Dragon Hall – the Great Hall of which was built in 1430 – is a fitting home for such a prestigious organisation as the National Centre for Writing, there is a constant need to ensure that the building is both fit for purpose and properly preserved for the future. With this in mind, permission was sought to upgrade the property.

As a literature development agency, the centre has a long track record of success, even leading the bid for Norwich to be granted the UNESCO City of Literature title in 2012 – the first such accolade in England. Recognising the need for the organisation to continue its good work, £789,434 from National Lottery sources was granted by the Arts Council England to support the upgrade project’s capital costs. The aim was to integrate new educational and community spaces, enhanced office space and technical facilities, a refurbished public performance arena seating up to 120 people, and residential space for visiting writers.

As part of such a major innovation, the opportunity arose to optimise the climate control for both occupant comfort and building preservation. The existing building was served by an ageing BMS prone to reliability issues. To address the situation, it was decided to install state-of-the-art Priva Blue ID technology to monitor and control the internal climate, helping the organisation to ensure that the building’s fabric, which includes ancient timber beams, is preserved in an optimum way. Norwich-based Electrical and Mechanical Controls (EMC), a long-standing Priva partner, was appointed to the project.

“We were involved with installing a heating system in a previous glass extension at Dragon Hall back in 2005,” says Dan Millard, Technical Operations Manager at EMC. “The extension incorporated office space and a new plant room, and this successful experience helped us secure the new contract.”

This time around, however, the list of demands was much longer as it involved the renovation of a structure that is one of the famed ‘Norwich 12’ iconic buildings. Dragon Hall, renowned for its spectacular timber crown-post roof and intricately carved dragon, is symbolic of Norwich as a city of historic national importance.

BUILDING CONSERVATION
Millard explains that energy saving wasn’t the primary driver for the project. “Conservation of the Grade I listed building was the main concern. Dragon Hall incorporates a lot of old timber and it is therefore vital to ensure the climatic conditions are right – for example, keeping an eye on the humidity to ensure the beams don’t degrade.” The existing BMS, as well as being unreliable, suffered from both poor usability and operability, being described as “fiddly and not user friendly”. Upgrading the system in terms of better control and easier maintenance was a priority. At all stages of the project, EMC needed to be mindful of disruption to the building’s day-to-day operations. As well as hosting the National Centre for Writing, an organisation called the Dragon Hall Heritage Volunteers provides tour guides for the building, which is also home to a museum.

Couple this task with the need to avoid compromising the building’s structural fabric, and the size of the challenge is plain. The historical significance of Dragon Hall cannot be overstated. Although the Great Hall on the first floor was built in the 15th century, some parts of the site are much older. In fact, archaeological research shows evidence of a Saxon building beneath the hall dating from around the year 1000. “From a planning point of view, care was needed with regard to what we mounted on the walls,” says Millard. “With this in mind, the sensors used had to be visually in keeping with the rest of the Grade I listed building.”

The upgraded and extended Dragon Hall was opened in June 2018, and the end user reports complete satisfaction with the new BMS. Moving forward, more benefits are anticipated.

Previous: FM’s role in helping to reduce single-use plastic across the built environment
Next: Procurement passage 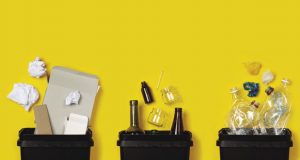 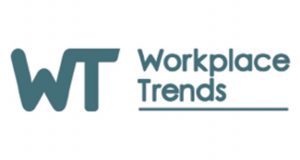 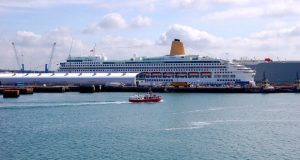 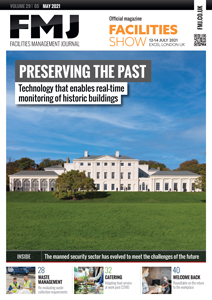